Is COVID-19 Actually In The Air Or Not? 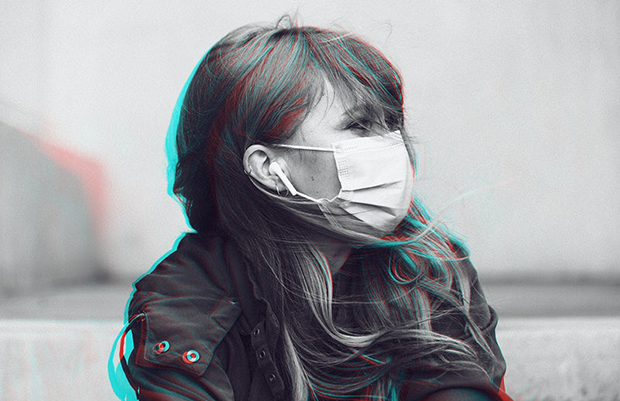 Lately, the discussion surrounding COVID-19 has centered on the spread of the virus. While the virus was initially believed not to be airborne, that mood has slowly changed, with increasing evidence pointing to the airborne nature of the disease.

It came after a letter, co-signed by 239 scientists and engineers, was published in the journal Clinical Infectious Diseases asking public health authorities, including the World Health Organization (WHO), to investigate the possibility of airborne transmission of the virus.

In their letter they wrote:

“We appeal to the medical community and the responsible national and international bodies to recognize the potential for COVID-19 to spread in the air. There is significant potential for inhalation exposure to viruses in microscopic respiratory droplets at short to medium distances (up to several meters or on a room scale).

The letter went on to say that this is urgently needed now as countries begin to relax lockdown regulations.

The position of the WHO

The WHO has confirmed that airborne transmission can occur in healthcare facilities where certain medical procedures called aerosol generating processes produce very small droplets called aerosols. As for the general public, it’s not 100% safe just yet.

CONTINUE READING: COVID-19: This is how risky normal activities are, according to doctors

“Outside medical facilities, some outbreak reports related to overcrowded indoor spaces have suggested the possibility of aerosol transmission combined with droplet transmission, for example during choir rehearsals, in restaurants or in fitness classes,” the WHO said.

“In these events, aerosol transmission over short distances, especially at certain indoor locations, such as overcrowded and inadequately ventilated rooms over a long period of time with infected people, cannot be ruled out.”

What if it’s in the air?

The letter clearly indicates that airborne transmission is particularly acute in indoor or enclosed spaces, especially in those that are crowded and have inadequate ventilation relative to the number of residents and prolonged exposure times.

“For example, airborne transmission appears to be the only plausible explanation for several investigated super-spreading events that occurred under such conditions and others where recommended precautions regarding direct droplet transmission were followed,” it said Letter.

CONTINUE READING: How can I tell if my symptoms are allergies or a possible COVID-19 infection?

They agree that there is incomplete evidence but add that there is more than enough supporting evidence for the precautionary principle to apply. Your suggested precautions (in addition to those you already have) include:

It may not be clear if airborne transmission is still a cause for concern, but with a virus as unpredictable as this, precautions should be taken more seriously, including avoiding indoor exposure to many people during the day.

Just recently, the Russian Vektor State Research Center for Virology and Biotechnologies announced that it had successfully completed preclinical studies with a vaccine against COVID-19.

“Colleagues have completed preclinical studies [and] they were successful. We have practically everything we need to be sure that things will go as we promised [meaning] that we plan to start clinical trials on July 15th, ”said Anna Popova, head of the Russian health authority, on Friday.

CONTINUE READING: 7 ways to ensure your salon visit is safe during lockdown

This announcement was widely celebrated around the world, including South Africa, with citizens taking to Twitter to share how “excited” they were at the prospect of finally ending the pandemic. But Health Minister Dr. Zweli Mkhize quickly reminded the South Africans that there is still a long way to go.

“You have to work in the labs, do research, move on to animal testing and that will pass, you have to switch to a human test,” he said in a statement.

“The same process is going on in the US, UK, Brazil and other countries. We haven’t gotten to a point where we have a vaccine ready – that’s good news, but it’s still a work in progress and it’s just getting started. “

SA could have a vaccine as early as 2021

One of 19 vaccines that are being tested in humans around the world is taking place right here in South Africa. Under the direction of Dr. Shabir Madhi, professor of vaccinology at the University of Witwatersrand, believes the vaccine could be ready in early 2021 if everything goes as planned.

“A vaccine could be commercially available early next year, but it is entirely dependent on the results of clinical trials.”