World of Warcraft: Shadowlands Evaluate: Even in loss of life, WoW can not discover itself 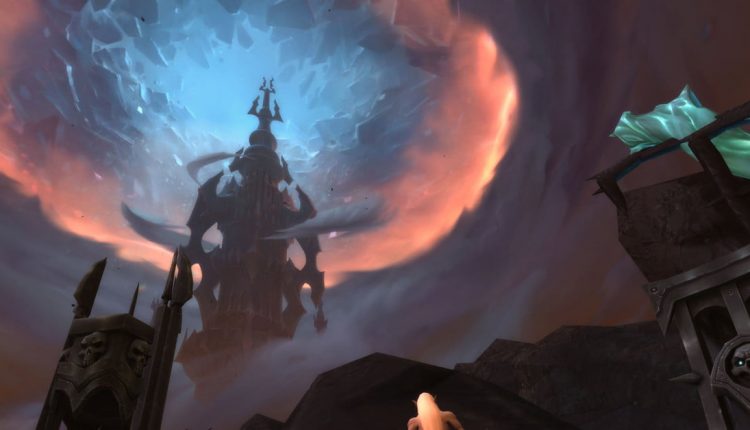 World of Warcraft: Shadowlands Review: Even in death, WoW cannot find itself

“World of Warcraft: Shadowlands gets lost in trying to give players more choice than ever before and ultimately forgets to replenish the rewards machine needed to keep customers invested.”

In 2008, World of Warcraft was at its peak. Over 11 million people were ready to face the recurring threat posed by the Lich King – the corrupt paladin Arthas Menethil who became the standout character of the franchise’s RTS (real-time strategy) days. But once the dust settled, attendance numbers dropped to a point where Blizzard couldn’t tell how many were left. After the Classic boom and record pre-order numbers for an expansion that promises to further explore the history of the Lich King, nostalgia is clearly dominating Blizzard’s biggest title. Now that we can explore the veil between life and death in Shadowlands, how long will we stay?

For many, World of Warcraft: Shadowlands actually kicked off a month before its release when the long-running level grind was reworked into a far less demanding sprint. The changes provided a refreshingly quick way for returning veterans to catch up in time for the expansion. The 6- to 10-hour experience leveling Shadowlands ultimately highlighted an important change in direction that Blizzard may have gone a little too far. It’s not that there’s too much or too little to get caught up in – it’s just difficult to find a reason to do anything at all.

For years, players have dealt with World of Warcraft in a variety of ways. PvE, PvP, Pokemon-like mount and creature collecting, competitive hunting and the reputation of a grinding faction for cosmetic rewards were a given. Virtually none of that has changed in Shadowlands. Not that it really was necessary. But aside from the introduction of Torghast, a Rougelit dungeon experience introduced after the first level grind, there is surprisingly little else to separate the last week from World of Warcraft and the last eight or so years.

There is a heaven and a hell for everyone

At the top of every new MMO expansion is a multitude of new zones to level up in. After playing the protagonist card to break out of Warcraft’s version of eternal damnation, the capital city of Oribos is transformed directly from a PS1 into a glorified level-select-hub-era platformer, which successively opens storylines of the alliances about Bastion, Maldraxxus, Ardenweald and Revendreth . The style and tone of each zone are drastically different to suit the tastes of almost everyone, but too far from the boundaries of a zone’s questline, and it’s easy to lose motivation, the actual mandatory act leading up to theirs to hold out the current degree.

The presence of side quests in the first playthrough suggests that an element of freedom is burned into the level experience, just like it is on the way to level 50. It is designed so that players can focus on a zone that they enjoy. But the truth is, it’s as linear as possible. The Shadowlands campaign closes all major endgame content behind the intertwined lore of its zones. Regardless of what it looks like at first glance, the leveling experience is not fluid here, which is strange considering how much blind freedom is imposed on the player after reaching the cap.

The real lack of direction begins at the end of the campaign quest line. Once players have gone through the history of each zone, they will need to choose which alliances to stick with. Aside from the unique new skills or two each thrown on the hotbar, there is virtually no crucial context in which to set out why players need to pick just one or what real difference it makes in daily life for the next year or two will mean Shadowlands is there for.

After making an uninformed decision, players follow the story of their chosen covenant until they are introduced into a litany of new content. There’s Torhgast’s roguelite tower, world quests, various currencies, the commanding desk’s returning (but mechanically optimized) idle missions, and about five different reputation shops. It’s a little bit too much to record at once.

Every feature is quickly thrown at the players. It’s not that there is a lack of content, but why you want to indulge in something is never really clear. Without the rewards clearly on the table, it is difficult to get the motivation to run one piece of content over another – or none at all. Instead of searching through menus and vendors for motivation, I was often forced to turn the game off completely and start one that clearly shows its rewards.

Torghast, which is home to dozens of floors that can be explored with random modifiers and buffs, was a major focus of pre-release marketing for the expansion. I still see ads for it now. But after going through a small part of it I’m still not sure why I’m doing it exactly. As with many recent content catalogs, the reasons for its existence are painfully unclear.

An unnecessary fork in the road

After finally clearing my log of campaign quests for my first character, I was completely lost as to what to do next. I’m used to MMOs going all-in on the PvE aspect. The idea that the real fun begins at the maximum level is still a staple of the genre for most. There has always been plenty to do in World of Warcarft other than hunting equipment for dungeons and raids, but given the need to fight your way to the max to experience it, one would think that the way to continue this adventure would be becomes obvious. Virtually everything in Shadowlands seems to be categorized as optional content, and it’s never really clear what to focus on, why, or even how.

With no focus, the entire trip feels like an afterthought.

Had it not been for the updated items I received for later completing the campaign quests, I would not have had the equipment needed to immerse myself in the plethora of dungeons that were unceremoniously unlocked after reaching the cap. At no point did the game acknowledge that she existed, let alone that I have a compelling reason to queue for her. It’s equipment. Players want to run them for equipment. The story is apparently irrelevant.

Almost all content currently available feels like it was on an assumed list of “optional content” that betrays a lack of orientation that Shadowlands has tried to disguise as freedom. If Blizzard really wanted the game to feel more open-minded, it might have been an important consideration to hide the distraction of side quests on a first run and focus the campaign on properly introducing the expansion’s activities in the late game. After all, they are already fenced in behind the plot. With no focus, the entire trip feels like an afterthought.

As it stands, Shadowlands feels a little lost in translation. Blizzard spent most of last year saying how it wanted its juggernaut MMO to feel more like an RPG again – where decisions are important and rewarding and plentiful. Oddly enough, Shadowlands feels more deprived of this than ever and becomes a kind of jumbled experience that sits awkwardly between an open-world “sandbox” MMO and a more linear “theme park”.

It’s not that there’s too much to do, but there’s a worrying lack of reason to really get into it. Players who fail to figure out what to do or how to do it run the risk of being left behind very quickly. Without the motivation to push the fans forward, in retrospect it won’t be easy to get back on the track that they find. Torghast feels like the only piece of innovation this time around, but those who don’t care will leave an incomplete feeling.

Is there a better alternative out there?

Breaking out is difficult for fans who have already invested in World of Warcraft. But for those who aren’t, I strongly believe Final Fantasy XIV is the better overall MMO experience.

About two years. This is the average lifespan of a World of Warcraft expansion. Fans have to pay a pretty expensive monthly fee that doesn’t always equate to brand new content.

No. Even for expired World of Warcraft players looking for a reason to get drawn back in, I don’t recommend this as a reason to try. There’s not enough meat on the bone to make fans ponder why they left in the first place.