Why is tocopheryl acetate good for the pores and skin? 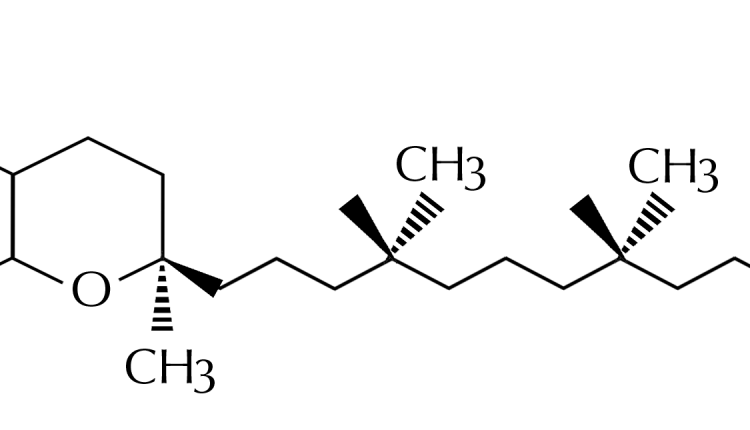 What is Vitamin E

Did you know that the term vitamin E actually refers to a group of eight nutrients that all have similar structures yet slightly different functions? The group consists of four tocopherols and four tocotrienols. Of these eight nutrients, D-alpha tocopherol is the most abundant and biologically active form in the human body. Vitamin E is naturally contained in avocado, pumpkin and wheat germ oil, but is also obtained synthetically. Some studies have shown that natural sources of vitamin E, unlike other synthetic ingredients, are more effective than the synthetic version. However, with this difference in effectiveness comes a significant difference in cost. The other thing to consider when deciding on a synthetic or natural form of vitamin E is that natural vitamin E, as a natural ingredient, needs to go through several steps to cleanse the ingredient and remove pesticides and other herbal products. This is one of the reasons it is more expensive to use a vitamin E from natural sources.

Tocopheryl acetate is the synthetically produced ester of tocopherol and acetic acid. In chemistry, an ester is a chemical compound derived from an acid, in this case acetic acid, in which at least one hydroxyl group has been replaced by an alkoxy group. Tocopheryl acetate is often used as an alternative to pure tocopherol because the phenolic hydroxyl group is blocked and provides a less acidic product with a longer shelf life.

The lipophilic, or oil-based, nature of tocopherol makes it a great ingredient for providing the skin with moisturizing oil that allows its benefits to be absorbed through the skin. However, in order for the body to absorb and use the tocopherol from tocopheryl acetate, it must remove the acetate group. It is estimated that when tocopheryl acetate is applied to the skin, about 5% is converted to free tocopherol. For this reason, synthetic vitamin E is often used in formulations in slightly higher concentrations than naturally derived vitamin E.

the good:Sodium benzoate is an effective preservative that prevents the growth of mold and bacteria in skin care and cosmetic formulations.

not that good:Vitamin E products are best used at night, as pure vitamin E is too thick to be used under makeup. When applying under make-up, it can slip or the make-up products can move or shine.

For whom is that?All skin types except those identified as having an allergy.

Synergetic ingredients:Works well with most ingredients, but especially vitamin C and ferulic acid.

Keep an eye on:Always speak to your doctor or specialist when introducing any vitamin E dietary supplement.

What Are The Benefits Of Vitamin E?

Vitamin E is used to protect the skin’s natural barrier, maintain moisture levels in the skin, heal it, and add antioxidant properties to the skin.

Natural barrier and moisture for the skin
Vitamin E helps maintain the skin’s natural barrier. The barrier consists of the top layers of the skin and the oils, amino acids, ceramides and fatty acids. As the name suggests, the barrier protects the skin from allergens, bacteria and prevents transepidermal water loss or TEWL. TEWL occurs when water from the skin is lost to the environment. This is especially common in dry environments or with aging skin. The lipophilic, or oil-loving nature of vitamin E helps replenish the skin’s natural oils and helps maintain this natural barrier.

When tocopheryl acetate is released into your skin through the oil glands, it hydrates the top layer of skin and improves its water-binding capacity. It is also considered an effective ingredient in imparting skin protection and aiding in eczema treatments.

antioxidant
Vitamin E, whether as tocopherol or tocopheryl acetate, is found in a wide variety of skin care products because of its powerful antioxidant activity. In the 1940s, vitamin E was called a “chain-breaking” antioxidant because it inhibits the chain reaction induced by free radicals. Free radicals are created naturally through a process known as oxidation. Free radicals have been found to damage the cell and have been linked to the aging process. Vitamin E as an antioxidant can help reduce the negative effects of free radicals on the skin. Researchers have found that vitamin E is the main lipid-soluble or oil-soluble antioxidant in the skin.

suncream
According to a 2016 publication in Dermatology News by Dr. Leslie Baumann, MD, ‘Significant evidence has been gathered to suggest that topically applied vitamin E confers photoprotective activity against erythema, edema, sunburn cell formation and other indicators of acute UV-induced damage as well as responses to chronic UVA and UVB exposure, including Skin wrinkles and skin cancer. “

Research has shown that vitamin E may protect against the harmful effects of UV rays. The mechanism of action is similar to that of vitamin CActs as an antioxidant to reduce the effects of free radicals caused by sun exposure. For this reason, you can often find vitamin E in sunscreen formulations. It is important to note that vitamin E is not, in and of itself, a sunscreen and should not be used as such.

The U.S. Food and Drug Administration (FDA) adds tocopherol to its list of nutrients generally recognized as safe (GRAS).

The safety of tocopheryl acetate has been approved by the Panel of Experts for the Review of Cosmetic Ingredients (CIR), a group responsible for evaluating the safety of skin care and cosmetic ingredients. The CIR expert panel evaluated the scientific data and concluded that tocopheryl acetate is safe in cosmetics and personal care products.

There is some controversy surrounding the manufacture of tocopheryl acetate (as well as synthetic tocopherol) because of the use of trimethylhydroquinone in this process. Many believe that products made through this process contain traces of hydroquinone. Hydroquinone belongs to a class of chemicals called aromatic organic compounds. It is one of the most common skin bleaches in the United States. However, there are claims that hydroquinone can cause cancer.

This claim comes from a study examining the effects of hydroquinone on mice. In a misleading manner, this study reported that the mice developed liver and kidney tumors after exposure to hydroquinone. The real results of this study, as stated in an article from the Journal of the American Academy of Dermatologythat hydroquinone actually protected the mice by increasing the number of benign liver tumors and decreasing the number of malignant liver tumors. According to Dr. David J. Goldberg, clinical professor of dermatology at the Mount Sinai School of Medicine, confirms over 100 scientific articles that hydroquinone is a safe subject for humans. No independent studies prove otherwise. ‘

In conclusion, it should be noted that the trace amounts of hydroquinone that may be present in products containing tocopheryl acetate are not a safety concern. Overall, tocopheryl acetate is safe for use in cosmetics and personal care products.