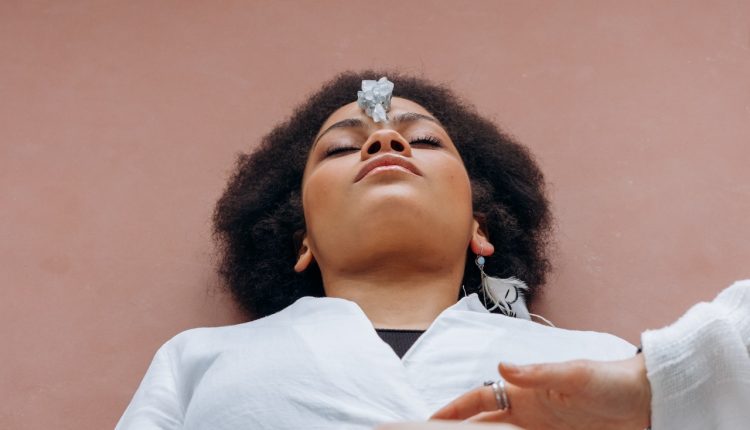 There are a lot of trendy treatments out there that promise to bring a new level of awareness to your mental health. But there’s one, in particular, that’s been popping up all over social media as of late, even though it’s not exactly new: holotropic breathwork.

Holotropic breathwork is a breathing practice where you do fast, controlled breathing patterns, usually in a group setting, to help influence your mind and emotions, says Prof Matthew Johnson, a professor of psychiatry and behavioral sciences at Johns Hopkins Medicine, who is researching holotropic breath work

The name derives from the Greek words holos, which means whole, and trepein, which means moving in the direction of something. It was developed by psychiatrists Stanislav and Christina Grof in the 1970s as a way for people to develop an altered state of consciousness without using drugs. The idea is that it can push people toward positive transformation and wholeness. It’s also used as a tool in therapy, and it’s now even being studied as a potential treatment for people with post-traumatic stress disorder (PTSD).

Got questions on how, exactly, this all works? Here’s what you need to know.

What does holotropic breathwork do?

Holotropic breathwork is not going for a calming effect and instead has a goal of reaching a psychedelic type of experience, per Johnson. “It may not necessarily be easy, and it will be intense,” he says. “But it can be an opportunity to explore one’s own mind in a useful way.” It’s meant to trigger intense emotions, sensory changes, and insights.

It is different from other breathing exercises, BTW. It’s meant to be done in pairs and overseen by someone who has been specially trained in holotropic breathwork, explains Dr Laurane McGlynn, a licensed psychologist and certified holotropic breathwork facilitator who offers weekend workshops.

The sessions are usually set to specific kinds of music and can go on for up to three hours. “Of all of the different breathing exercises, holotropic breathwork is more on the evocative and energetic side,” Johnson says. “The breathing is definitely heavier than some other varieties.”

What happens during holotropic breathwork?

Holotropic breathwork sessions are typically done in groups, with people pairing off. One person is the breather, who actually does the breathing exercise, while the other is the sitter, who is essentially there to observe. “The sitter’s role is simply to be present and available to support the breather—not to interfere, interrupt, or try to guide the process,” McGlynn says. “In addition, trained facilitators are available to offer support or body work—focused release work—as needed or requested by the breather.”

During a session, the room is usually darkened, and cushions, mattresses, and blankets are available for the breather to use. One session usually lasts from two and a half to three hours, and there’s a schedule from start to finish. “In the first hour of a breathing session, music with fast rhythms, such as drumming music, is used to support breathing,” McGlynn explains. “In the second hour, more dramatic pieces of music are used to facilitate breakthroughs. In the last hour, slow or spiritual music is played.”

READ MORE: How To Use Breathing To Get A Better Workout

The breather has closed their eyes and lies down on a mat. They use their own breath and the music in the room “to enter a non-ordinary state of consciousness. This state activates the natural inner healing process of the individual’s psyche, bringing him or her a particular set of internal experiences,” McGlynn says. While there can be recurring themes with holotropic breathwork, she points out that “no two sessions are ever alike.”

As for what this feels like, there’s a range. “At more extreme levels, someone can feel removed from themselves, like they’re not in their own body or they might actually feel more in touch with their own body,” Johnson says. “There is often sobbing and people may cough up a lot of phlegm. Sometimes folks will feel like they’re purging the body of toxins or negative thoughts.”

At the end of the session, the breather is encouraged to create a mandala (geometric configuration of symbols) to visually represent their experience, McGlynn says. There may also be a group discussion at the end where people can share their experience.

Can you do holotropic breathwork on your own?

Why is partnering up so important? “If a person encounters material that may be difficult to process, they do not have any support to process or integrate that experience,” McGlynn explains. “Holotropic breathwork offers a safe and supportive setting to process the experiences a breather may encounter during their session.” That’s where the sitter comes in.

If you want to give it a shot, you can find a practitioner here or here.

This article was originally published in womenshealthmag.com

All of the March 2022 Journal Covers We Cherished and Hated

Chilly versus COVID – learn how to inform the distinction