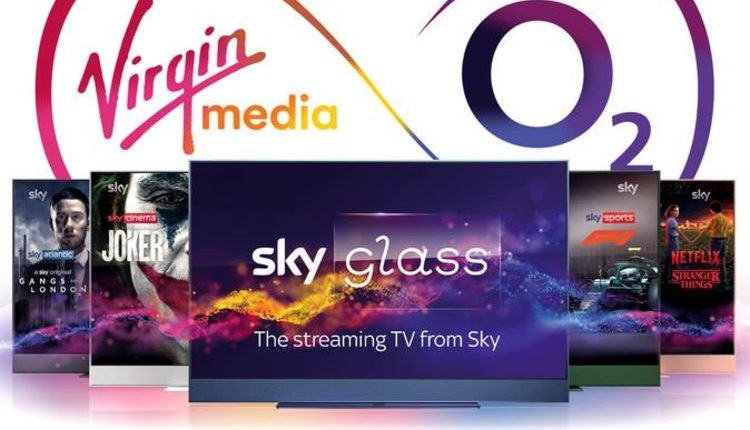 Virgin Media has revealed some new details on its upcoming rival, Sky Glass. The company has already teased its new set-top box multiple times, but it revealed some juicy new details in a press release about a new partnership with ITV. The new agreement will result in deeper integration of ITV broadcasts into Virgin Media’s products, including a full-fledged ITV hub app that comes with the Virgin TV 360 boxes.

However, Virgin Media has gone out of its way to confirm that ITV Hub and ITV’s live channels will both be available as part of its upcoming IPTV service. For those of you who didn’t know, IPTV stands for Internet Protocol Television, which in short means television that is delivered over a broadband connection rather than satellite or cable. Buried in the press release about the closer relationship between ITV and Virgin Media, the broadband company adds that its new television system will be launched “early 2022”.

Virgin Media is expanding some of the capabilities of the new hardware, adding, “The service will provide a seamless app and streaming-based experience built on the company’s leading ultra-fast and gigabit connectivity.”

Lutz Schüler, CEO of Virgin Media O2, has confirmed in the past that his next generation product is aimed at “the younger segment”. However, we are still somewhat unclear exactly what this new hardware will look like. With the Sky Glass announcement in October, the company finally moved its popular paid television service off the satellite dish.

Sky Glass is able to stream live terrestrial channels, including those from ITV, as well as on-demand films and box sets from the Sky catalog. The new system, which is built into a bespoke 4K TV with a built-in sound system, also supports a number of streaming platforms including Netflix, Disney +, Prime Video and the soon to be Apple TV +. Adding broadcasts from terrestrial channels to the playlist causes the software to crawl your streaming services to find old syndicated episodes – and bring it all together in a single interface.

Since recordings are not stored on a local hard drive in the QLED television, but rather streamed from the cloud, they are synchronized via your devices, such as iPhone and iPad apps, as well as small set-top boxes called Stream Pucks, so that they can be displayed in several Enabling rooms at home.

Of course, Virgin Media doesn’t require a satellite to be drilled into the side of your house, so Sky Glass is only catching up with its competitor on TV in this regard, rather than skipping it. However, when compared to Sky Glass, Virgin Media is a little old-fashioned in a number of ways, including the fact that its boxes still rely on physical hard drives to store recordings. These spinning discs can fail – they will lose any episodes, movies, and sporting events that you wanted to watch again in the future. And since these drives have limited storage space, you will also have to erase older recordings to make room for a new series … something you don’t have to worry about when using on-demand services like BBC iPlayer or stream ITV Hub.

Virgin Media’s TV 360 system does not allow customers to download recordings to other devices such as an iPhone or iPad to take with them on a long journey. This is something Sky viewers have been able to do since the launch of Sky Q and it continues with Sky Glass.

It seems unlikely that Virgin Media will incorporate its new IPTV solution into a 4K television (although it can), but it could be more of a NOW-style alternative. NOW, formerly NOW TV, which belongs to Sky, offers monthly memberships access to the complete suite of paid Sky TV channels, Sky Cinema and Sky Sports. Viewers can choose and mix between these memberships between the months depending on what they want to watch.

Customers can also pause their membership and return at a later time (e.g. when the new season of their exclusive favorite show returns), which is not possible with an 18-month contact with Sky Q or Sky Glass. for example. Virgin Media’s TV 360 already enables a number of clever features comparable to Sky Q and Sky Glass, including Prime Video and Netflix streaming apps built into the hardware.

However, it doesn’t have an answer for those who don’t want to get a long contract on their TV but want to watch some of the biggest exclusive box sets from HBO, AMC, ShowTime, and a few gigantic US networks.

Whatever form Virgin Media’s next generation television hardware takes, we know for sure that ITV will be present and correct. In addition, bespoke content curations will be made available in the catch-up areas of the Virgin Media platform, it has been confirmed. This “will help viewers easily discover, access and watch the latest and greatest ITV shows in one place,” adds the broadband company.

About the closer partnership, Lutz Schüler told Express.co.uk: “We have been a long-term partner of ITV for many years and this new agreement further strengthens our relationship. It paves the way for future product innovations, offering more to our customers and our business, as well as improving the toolkit available to advertisers. Our focus in television is on delivering incredible entertainment to our customers in a seamless way, supported by the best connectivity. As we continue to invest and innovate, we have ITV’s vast array of must-watch programs that are fully integrated and easily accessible that play a huge role in delivering a great experience for our customers now and in the future. “