Vintage & classic jewellery by no means goes out of favor 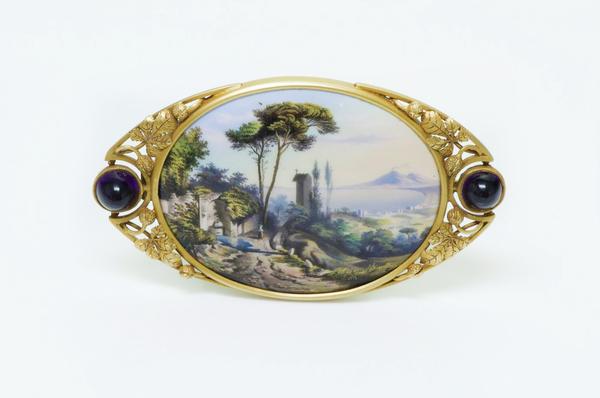 Over the course of history, styles have changed, allowing talented jewelry designers to create new and innovative pieces. Some were inspired by nature while others used architecture as a model. Georgian jewelry was completely handmade and is known for its romantic motifs. While pieces from the Art Nouveau era were whimsical, those created during the Art Deco period were bold.

Antique and vintage jewelry designs encompass a wide variety and looks, gemstones and materials, and each has its own distinctive style. When looking at the history of a vintage or antique item, you may want to know what the difference between these two terms is.

Jewelry that is at least 20 to 30 years old can be considered “vintage” and can be anything that was made in the 1990s or earlier.

Jewelry that is over 100 years old would have to be made before 1910 to be called “antique”.

Up until the beginning of the Victorian period, essentially all jewelry was handcrafted using expensive 22-carat and 18-carat yellow gold and silver. At that time, with rapid technological advances, machines could now cut and stamp metal and electroplated gold onto base metals. With the expansion of the factories, metalwork in 14k, 10k, and even 9k yellow gold could now be produced on a large scale using affordable materials – and suddenly jewelry was available to almost everyone. Elaborate cameos made of shell and stone, medallions of the Renaissance, hearts, flowers and ornaments with animal motifs, set with seed beads, were the styles of the Victorian period.

By the end of the nineteenth century there was a growing desire to express the aspirations and achievements of the innovation of the time, so that as a counter-movement to earlier styles, the “new art” or Art Nouveau movement was born. Although it is a short movement, Art Nouveau was far-reaching and served as the basis for some future jewelry styles. Art Nouveau designs were inspired by nature and featured animals, insects, flowers, and women with flowing hair and elegant curves. Romanticized depictions with sinuous lines and whiplash curves stand in sharp contrast to the “rigid” lines that are more common in the jewelry of other movements at this time. New materials and techniques such as enameling and molded glass were used to create the fantastic designs of the time. Pilque-à-jour, an enamel technique that is reminiscent of stained glass on a miniature scale, also shaped jewelry from the Art Nouveau movement. Gemstones such as agate, moonstones, opals, sapphires, garnet, and aquamarine took the front seat, while diamonds were not used as commonly.

The Edwardian period derives its name from the reign of Edward VII (Queen Victoria’s son), who ascended the throne in Great Britain in 1901. His reign marked the return of society to the height of its elegance and sophistication.

The general style of the time was light, graceful, and delicate. The most famous motifs were bows, ribbons, bow knots, lace, flowers and even sporting events. Roman, ancient Greek, Napoleonic and French baroque influences were evident in Edwardian jewelry styles. Edwardian jewelry strongly accentuated with brilliant diamonds. Granted that colorful gemstones such as emeralds, rubies, sapphires, aquamarines and green demantoid garnets were also used, the diamonds were the real focus. During the Edwardian era, advances in metal manufacturing began the use of platinum in jewelry. This helps with jewelry dating because if a piece contains platinum it was made in the early 20th century or later.

“Art Deco” is an abbreviation for the name of an event, the “Exposition Internationale de Arts Decoratifs et Industriels Moderns”, which took place in Paris in 1925. Here the style was exhibited for the first time. art deco Concepts can be described as geometric and symmetrical, and when lines were used they didn’t swirl like those of Art Nouveau; They were straight and angled, or they gradually curved and curved.

This era was influenced by several factors, including the admiration for the modernity of the machine – industrial development, the free flowing elegance of Art Nouveau, the geometric simplicity of Cubism, and the human practicality brought about by the devastation of the first world war.

Also called retro-modern by some, the retro era largely reflects the changes that came with the end of World War II. While one might have expected the style to be somber, minimalist, and low-key when reflecting the death of the war and economic depression, the jewelry styles on the contrary were large, colorful, and ornate. In addition, jewelry from the retro era exudes a touch of old Hollywood glamor. Retro-era concepts reflect a mix of futuristic looking and elements inspired by earlier periods. However, unlike the Art Deco style, retro jewelry features soft curves and feminine motifs. Famous brands that influenced this era with their innovative concepts are Cartier, Van Cleef & Arpels and designers such as Seaman Schepps, Mauboussin, Schlumberger, Vendura and many others.

Which model would you like most in your nation?