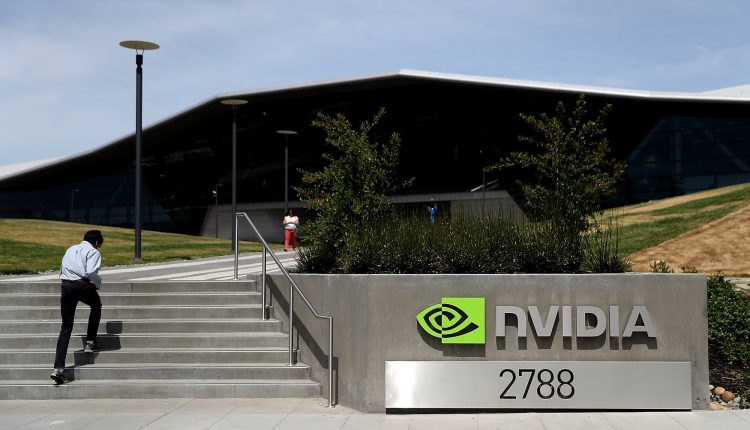 A sign hangs in front of the Nvidia headquarters in Santa Clara, California on May 10, 2018.

Several Chinese electric car makers are turning to US chip giant Nvidia to power their semi-autonomous driving systems while ramping up competition with Tesla in the world’s largest auto market.

Chinese startups Xpeng and Nio are using the Nvidia Drive Orin chip in their latest cars. Baidu, which launched a car unit called Jidu last year, announced plans to use the same Nvidia chip in its upcoming car, as well as Polestar, a brand of Chinese auto giant Geely.

With this chipset and the associated software platform, Nvidia promises the capabilities for fully autonomous driving.

“For a Chinese EV company, or anywhere in the world, there isn’t much that compares to what Nvidia can offer,” said Bevin Jacob, a partner at Shanghai-based investment and advisory firm Automobility.

However, these Chinese automakers are not bringing fully autonomous cars to market. Instead, they are concentrating on what is known as advanced driver assistance system or ADAS. These are systems that enable the car to carry out some functions semi-autonomously, such as changing lanes. For example, Tesla’s ADAS is called Autopilot, while Xpeng’s system is Xpilot.

According to Aakash Arora, managing director and partner at Boston Consulting Group, ADAS — along with other features like fast charging and range — are “key differentiators” in the high-end EV space.

“Most EV models today compete in price segments where ADAS is critical from the perspective of customer expectations,” Arora said. “Early adopters of EVs are also likely to be early adopters of technology and value technology features more.”

While Tesla is investing in chip design, that’s not realistic for all EV companies, especially startups focused on ramping up production and getting cars into customers’ hands.

Because of this, they are turning to Nvidia for chips for ADAS capabilities that can compete with Tesla.

“Tesla has a clear and definable lead on FSD as Chinese EV vendors are now aggressively working with Nvidia to fill this perceived technology gap,” Daniel Ives, managing director of Wedbush Securities, told CNBC via email.

“Nvidia has strong roots in the Chinese market and further expanding its autochip business around FSD is strategically important.”