The timeless magic of Lanvin jewellery 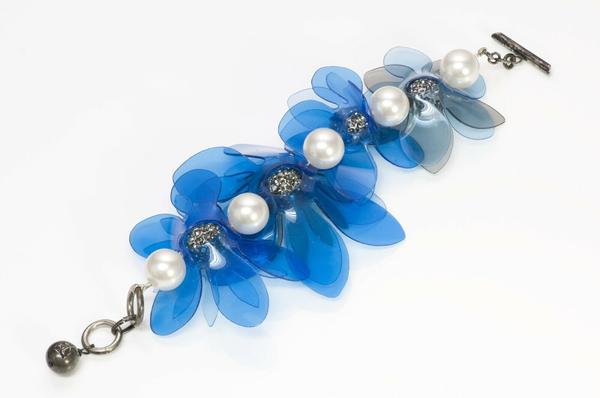 The Lanvin Fashion House, the oldest still operating fashion house, was built as a small hat shop. Her small company was founded in Paris in 1889 by the 22-year-old milliner Jeanne Lanvin and soon developed into one of the leading couture houses in France, as she skillfully evoked classic femininity. It was Lanvin alone at the beginning, and the business took to new heights with the birth of their daughter.

Marguerite, Jeanne’s daughter, was the subject of Jeanne’s creative inspiration. Lanvin’s logo was actually inspired by a photo taken for Jeanne and her daughter attending a ball in matching outfits. The dedicated mother used luxurious fabrics to design her daughter’s wardrobe of every little girl’s dream. Marguerite’s elegant style was quickly noticed by other wealthy mothers who wanted the same for their daughters and who later became clients of the Lanvin fashion house. This unexpected development caught the attention of the savvy businesswoman, and in 1908 she opened a full section of her children’s clothing store.

In 1909 Lanvin became part of the Syndicat de la Couture, formalizing her status as a couturière and expanding the company’s influence. In 1923 Lanvin House acquired a dye works in Nanterre. In the 1920s, Lanvin established stores devoted not only to high-fashion clothing, but also to home decor, men’s clothing, furs, and lingerie. A notable addition to Lanvins at this time would be the establishment of Lanvin Parfums SA, which was founded in 1924. The brand later introduced its signature fragrance Arpège in 1927, named for the musical sense the smell was supposed to evoke. The perfume is also said to have been inspired by the sound of Lanvin’s daughter, who practiced her scales on the piano (Marguerite later became an opera singer).

Lanvin’s focus on quality and style applies not only to her furniture, fashion and fragrance departments, but also to her jewelry. Made in France, this bracelet is a rare Lanvin double bird bangle. It features an exotic double bird design encased in enamel and studded with crystals. All crystals are handset. Enameled jewelry is an art in itself, and the handcrafted crystals provide perfect lighting from within. Another unique piece from Lanvin Jewelry Creations is this limited edition collectible velvet necklace with a cascading element of pearls and crystals.

This Lanvin jewelry piece combines the traditional concept of metal and stone jewelry with the trendy elegance of a rich velvet texture, creating luxury, elegance and relevance for the modern age. Along with many achievements in other industries and areas, Lanvin’s jewelry collections add to these achievements by reflecting the fashion house’s core tenets of quality, impeccable sense of style and fearless adoption of innovative approaches to design. Lanvin experimented with texture throughout her career. One of her works, which is currently in the Met Museum, is for example the silk evening dress “Roseraie”, spring / summer 1923. The dress is decorated with flower head motifs made of roses, which consist of ribbons. They are supposed to be reminiscent of the floral patterns by Art Nouveau architect Charles Rennie Mackintosh. The incorporation of white feathers into this crystal jewelry from Lanvin evokes a feeling of lightness and weightlessness. The crystals set in a bird pattern complete the piece.