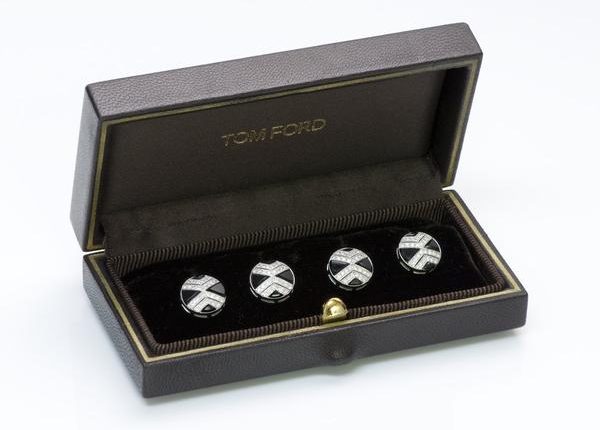 “… you have to fulfill your destiny …”

The silent legend Tom Ford is both an American fashion designer and a film director. He became known as the creative director at Gucci and Yves Saint Laurent. In 2006 he founded his own label, on which he left an incredible mark.

Ford joined Gucci in Milan in 1990. In 1994 Ford was appointed Creative Director, where he was responsible for the design of all product lines. But Gucci struggled. The previous chief designer had just left Gucci for Bergdorf Goodman and revenues were declining. At the time, Gucci was mainly known for its leather goods, scarves, and knitwear.

Ford got control where it brought out outrageously sensual tailoring and retro ’70s styling. He gave Gucci a radical facelift and by 1996 sales had increased 115%. It was the jet set look.

Ford presented strong collections every year, from sleek white dresses with provocative cuts to tight suits and pants for men. Fashion for men and women made conservative fashion fans blush.

Seduction soaked the runway and Gucci’s ads. Ford lived off the scandal and became famous as a fashion provocateur. But Gucci reaped the rewards. Sales increased. There was a buzz.

In 2000, the newly formed Gucci Group acquired Yves Saint Laurent, where Ford was invited to reinvent the brand.

As sales and excitement grew. With the co-founder of YSL, the conflict over the hyper-sexual designs for the clothing line grew. Ford said he received a handwritten letter at one point that said, “In a collection you undone what had been built for 40 years.”

When he left the Gucci Group in 2004, he had nonetheless expanded it into one of the most profitable luxury brands in the world.

The next year Ford started his own label with men’s clothing, beauty, glasses and accessories. In 2007 he opened his flagship store on Madison Avenue, where he continues to lead the way in showcasing his collections each season.

In 2010, in a private and intimate meeting with friends, he launched his first women’s fashion. The collection was modeled on an exclusive catwalk by Lauren Hutton, Julianne Moore, Daphne Guinness, Chanel Iman and Beyoncé, among others.

Today there are 110 Tom Ford stores and shop-in-shops in addition to his online shop. Ford founded the film production company Fade to Black in 2005. In 2009 he produced, wrote and directed his first feature film “A Single Man”, which was adapted from Christopher Isherwood’s novel of the same name. The film starred Colin Firth alongside Julianne Moore, Nicolas Hoult and Matthew Goode.

Colin Firth was named Best Actor at the 2010 BAFTA Awards.

Michael Shannon received an Oscar nomination for Best Performance by an Actor in a Supporting Role.

Aaron Taylor-Johnson won a Golden Globe for Best Performance by an Actor in a Supporting Role in a Film. And the film received two nominations: Tom Ford for best director film and Tom Ford for best screenplay film.

Meet The Maker: Questions and Solutions with Andrea Rokosz on the Military of Rokosz

Google simply removed limitless free area for images, however it nonetheless affords you greater than Apple does