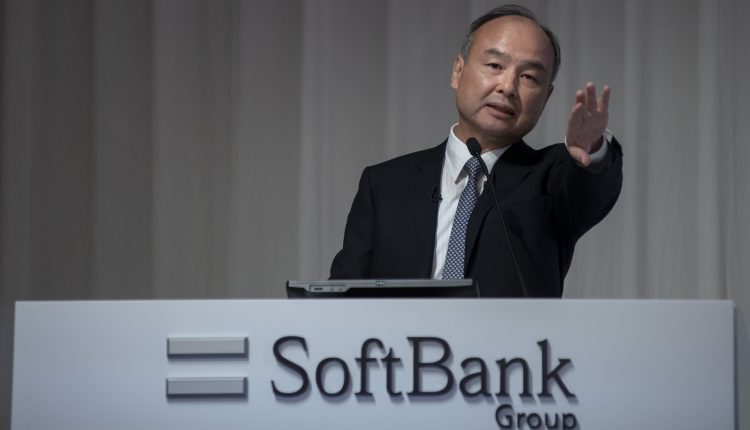 Masayoshi Son, Founder, Chairman and CEO of SoftBank Group, will announce the earnings figures for his group on May 9, 2019 in Tokyo.

SoftBank Group’s shares fell more than 8% on Monday as the value of its portfolio companies continued to decline.

The decline in SoftBank’s share price, which marks the seventh straight day of losses, was due to a period of uncertainty surrounding some of the company’s biggest bets and a wider regional sell-off of technology stocks in Asia.

Chinese e-commerce company Alibaba – SoftBank’s most valuable company – saw its market cap decline by billions of dollars on Monday after the company announced a restructuring.

The changes come as Alibaba faces headwinds on multiple fronts, including increased competition, a slowing economy and regulatory crackdown.

Meanwhile, SoftBank-backed ride-hailing company Didi Chuxing announced last week that it would be delisted from the New York Stock Exchange less than six months after it went public. The Chinese company announced that it will be listed on the Hong Kong Stock Exchange again.

Another blow to SoftBank is that the sale of Cambridge, UK-based chip designer Arm to Nvidia is becoming increasingly unlikely. Global regulatory scrutiny related to the deal has intensified, according to experts The deal is now “very unlikely”.

SoftBank originally agreed to sell the company for $ 40 billion, but the price of the transaction rose to around $ 74 billion after Nvidia’s share price soared, according to Bloomberg. Hence, if the deal fails, the company looks like it will miss out on a significant payday.

SoftBank in the middle of a snow storm

Last month, SoftBank reported a quarterly loss as its Vision Fund unit suffered a $ 10 billion plunge from a decline in the share price of its portfolio companies.

Even as the value of its assets fell, SoftBank said its stock was undervalued and promised to spend up to 1 trillion yen to buy back nearly 15% of its stock.

While CEO Masayoshi Son has compared SoftBank to a goose that lays “golden eggs”, the latest results underscore the headwinds for the investment business.

“We are in the middle of a snow storm,” Son said at a press conference at the time, adding that he was “not proud” of the Vision Fund’s performance in the quarter. However, he said the company is taking steady steps to double the number of “golden eggs” from last year.