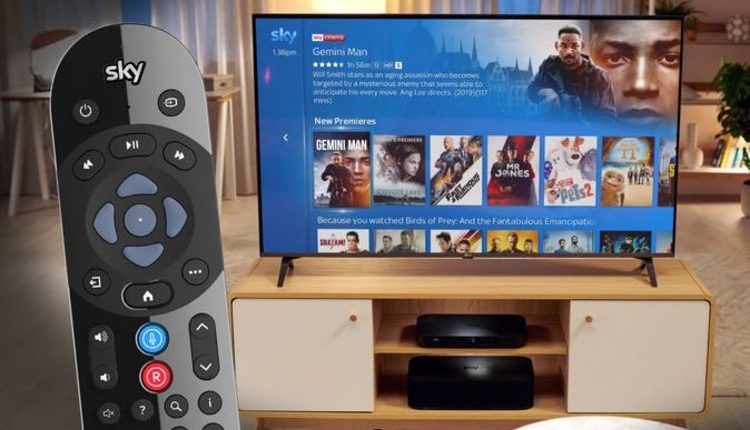 Sky Q customers can unlock a free subscription to Discovery + for the next year simply by using the voice control of the next generation Sky set top box. Sky Q customers can watch programs from the newly launched streaming service for free for the next 365 days by simply saying “Get Discovery +” on their voice remote control. The new promotion, which is slated to be released later this month, is part of an exclusive partnership aimed at increasing interest in Discovery’s new streaming service.

Discovery + was announced back in October and is the Discovery Channel’s new video-on-demand competitor. In short, it is a renaming of the existing dPlay platform to better align with the current trend of adding a “+” to signal a paid streaming service (see also: Disney + and Apple TV +). It will also be home to a number of new original shows.

According to Discovery, 80 hours of Discovery + Originals will be available to stream at the start. More will follow in the new year. And if you’re not interested in the original content, there’s a ton of on-demand content available from Discovery’s paid linear channels, including Discovery Channel, TLC, Quest, Really, and Animal Planet. New exclusive shows include Joe Exotic: Tiger, Lies & Cover Up, Salvage Hunters: Design Classics and Prince Andrew, Maxwell & Epstein.

Plus, you’ll find full box sets for popular shows like The World’s Greatest Cars, 90 Day Fiancé, and Say Yes To The Dress, to name a few.

These channels can all be viewed on Sky Q However, if you’re not paying for the right package, the latest promotion can be a great way to catch up on all of the shows that have previously aired without increasing the cost of your monthly Sky TV bill. Like Disney + and Netflix, Discovery + will have its own app for Sky Q.

That means you can watch the latest original shows and stream box sets without reaching for your smartphone or tablet – it should already be waiting for you on the Sky Q box.

If you don’t subscribe to Sky Q don’t worry. Anyone can take advantage of a new 14-day free trial to see what Discovery + has to offer. After this period you will have to pay € 4.99 per month to continue looking. If you choose to pay annually, a discount is available reflecting a similar offer from Netflix earlier this year, which costs £ 49.99.

To celebrate the launch and give Sky Q viewers a free annual subscription with a voice remote, Discovery is offering a discounted subscription of £ 29.99 per year to anyone who signs up for the new streaming service -the- block before February 1, 2021. Outside of Sky Q and the player in your web browser, Discovery has launched a special Discovery + app for iOS and Android. The company promises to roll out more devices later this year and later in 2021.

Clare Laycock, SVP, Director of Lifestyle and Entertainment Brands, says, “We are unveiling Discovery + at a time when streaming amazing programming is a source of joy for many in restricted areas across the country that may be social among friends and family Friends distance family or maybe just looking for something new. At Discovery, we pride ourselves on our extensive portfolio of exclusive and original shows, and we invite consumers to indulge their passions with Discovery +, whether they’re real crime and blue light shows or property and design. “

Simon Downing, SVP’s Director of Facts and Sports, said, “Through our factual content, from documentaries and historical films to series devoted to survival and adventure, we hope to give viewers the opportunity to experience one to enter another world, regardless of whether this is a particular era of history, a tour of the world’s oceans or a series of treacherous seas. “