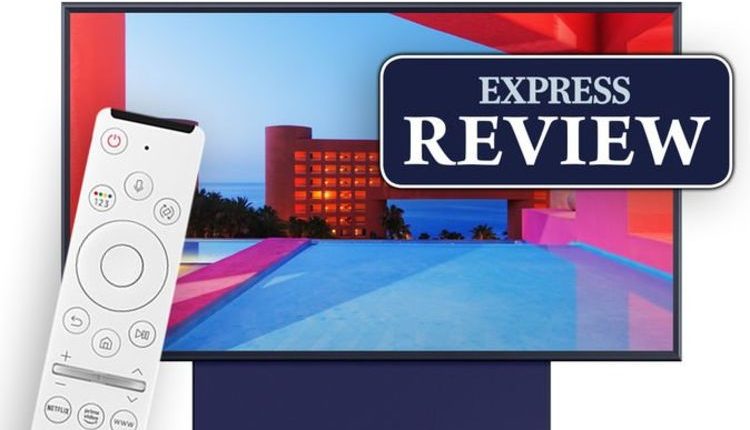 If you’re looking for a TV with a twist, the Samsung Sero might have caught your attention. This TV was announced earlier this year and offers a pretty unique viewing experience as it can switch from portrait to landscape with the push of a button. The first question that probably crossed your mind is, “Why?” and the answer is pretty simple, according to Samsung. As we are taking more and more photos and videos in portrait format on our smartphone, it makes sense that our glasses boxes adapt. So we can’t see everything that was recorded on our phones with huge black borders on either side.

Why scroll through your Instagram feed on the small screen when you could transfer it to something much bigger and better? The idea sounds pretty nifty, but what does the Sero really look like when placed in your living room?

Express.co.uk tried and here are our thoughts.

Let’s start things by saying that the sero is certainly different from anything else we’ve used before. It’s a very unique TV and looks more like a piece of furniture than a giant TV. When it is turned off, it will automatically switch to portrait mode, making it less dominant in your living room.

To further improve the aesthetics, Samsung added some fun animations that you can use to turn the TV into a warming fireplace or softly glowing candles. This is a nice touch and makes the big screen useful even if you’re not into box sets.

Turn things on and with a few simple settings you can decide how you want to use this TV so it can mimic what’s on your smartphone. 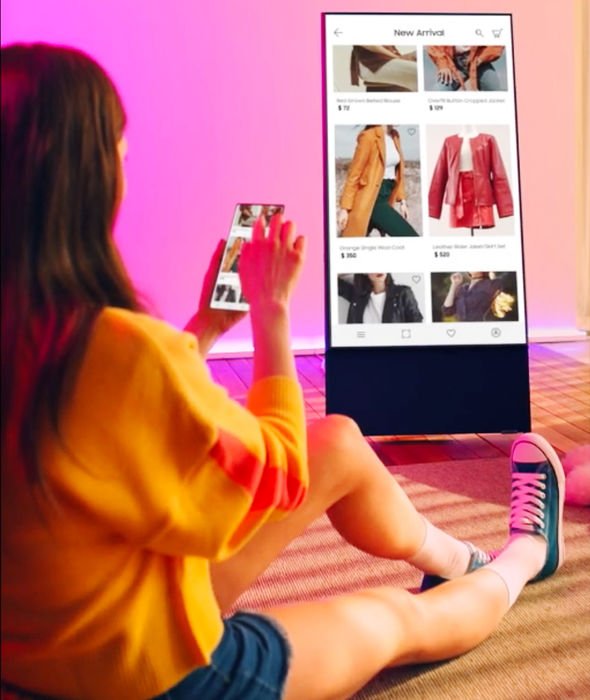 The Sero can be used like a giant smartphone (Image: SAMSUNG)

When you turn on portrait mode, you get apps like Instagram in full screen mode, which appear without the huge black bars you normally see on a standard TV. This makes it a lot easier to watch with friends or family members than passing a small phone screen around. Of course, everything looks stunning on the razor-sharp 43-inch OLED display.

You can even make the TV spin while turning the device in your hand, which is a fun little gimmick.

The Sero costs well over £ 1,200, which is about three times the price of a standard, non-rotating, 4K 43-inch TV. It’s a high price to pay to get your social media on screen and only you can decide if you want to spend that kind of money. Of course, this isn’t just a television for viewing social media. When you want to watch Netflix, just tap a button on the remote and the Sero elegantly switches to landscape mode. 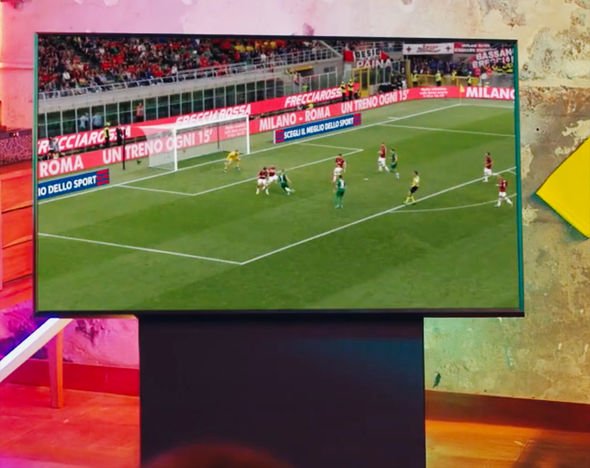 Samsung Sero can also be used like a standard TV (Image: SAMSUNG)

Once it clicks into place automatically, you’ll find all the usual features you’d expect from a Samsung TV, with instant access to smart features and apps like Disney +, Prime Video, BT Sport, and Netflix.

The QLED panel is also very easy to see as the colors look bright and the blacks are rich in punch. Inside is also HDR10 + technology, which allows for incredible depth and detail in your favorite shows and selects even the smallest colors to give a true reflection of what the filmmakers captured on film.

It also features an impressive quantum processor, some real firepower behind the screen that allows the Sero to use artificial intelligence to improve older and less HD programs to get the most out of them.

The results are always impressive and you will be bombarded with colorful and crystal clear images. It’s also a decent gaming TV as it has a dedicated game mode for consoles.

A Call of Duty game appeared beautifully on the screen in incredible Ultra HD depth. This is great news if you’ve managed to get your hands on a new 4K-ready PS5 or Xbox Series X.

Another advantage of the Sero is that it comes pre-installed on a stand that has a built-in 60 watt speaker system. The audio isn’t as good as buying a dedicated surround sound system, but it’s a lot better than most of the awful speakers that come with the latest TVs. 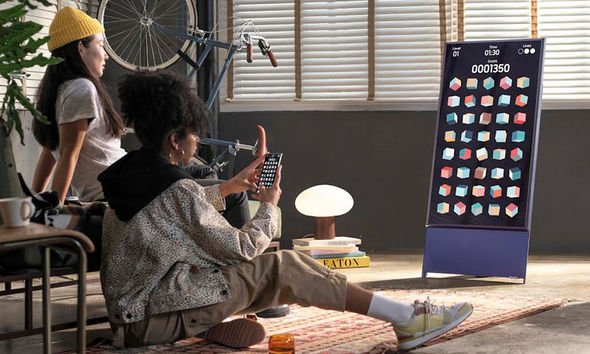 In fact, we loved watching the action-packed Avengers movies without wanting to add any additional audio products. The Sero definitely feels like a premium product, but the same can’t be said for the fairly cheap looking remote.

It’s a neat little channel changer, but the plastic case and wobbly buttons aren’t what we’d expect from such an expensive TV.

Another point of criticism is that due to the SERO with its own stand, there is no way to place your set-top box or your Blu-ray player. In fact, we highlighted the Sky Q box next to the TV at the end, which spoils the overall picture.

It’s also worth noting that the TV is at an angle that is slightly upward on its stand. We got used to it pretty quickly, but it feels a little strange when you turn it on for the first time. 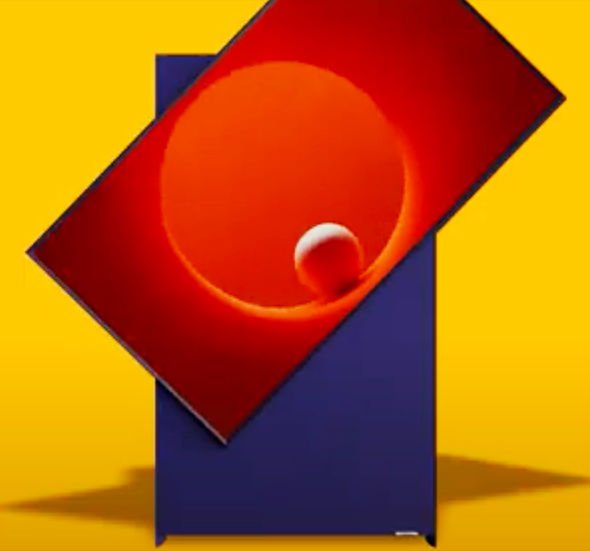 We’ve been using the Sero for a while and there’s a lot to like. Your neighbors are sure to talk in this TV when they stop by for a cup of coffee and a chat.

We like the way it looks so different from standard TVs, and it somehow manages to be less dominant in a room than it does on some screens.

The QLED display is superb and the speakers in the stand also offer good sound and bass levels. If you’re an Instagram addict, you’re going to love portrait mode as the zipping through your feed has never looked better on this large display.

The main problem with the Sero is simply the price. When it first launched, this Twirly TV was over £ 1,500, and even with some recent deals, you’re still watching over £ 1,200.

For a lot less money, you can get some serious screen technology that makes the Sero look like a pretty expensive gimmick. That said, if you want to stand out from the crowd and have money to burn the sero off, this is a ton of fun that will definitely turn heads.