Samsung Sensible TVs are only a lot smarter now 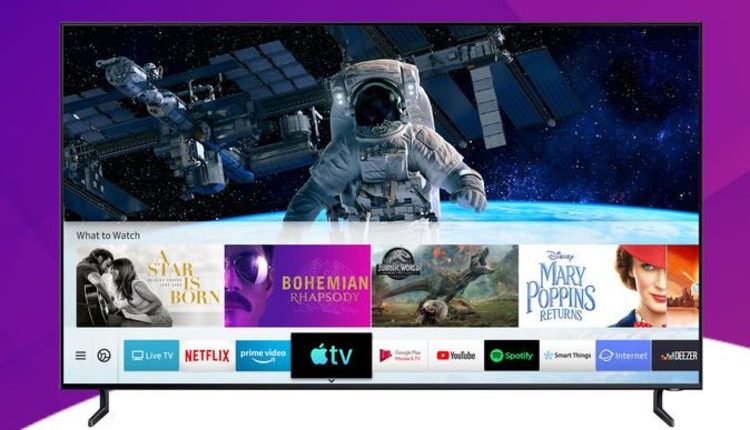 Samsung has released an update to its latest smart TVs to significantly improve IQ. That’s because the South Korean company has started rolling out the Google Assistant for its entire 2020 line of TV products. The intimidatingly clever AI helper that powers the hugely popular Google Nest line of smart speakers, as well as a number of other Google products, is now available to Samsung Smart TV owners in the UK, France, Germany and Italy.

Samsung has pledged to bring the AI ​​assistant to smart TV owners in 12 more countries before the end of the year. According to Samsung, you can use the Google Assistant to sort a number of common tasks, such as: B. changing channels or adjusting the volume as soon as the update lands on your smart TV.

So if you have Philips Huge smart lightbulbs, a Nest thermostat or Sonos speakers around the house, you can use the voice assistant included in your TV to dim the lights and raise the temperature in the living room. or stop the radio. That way, you won’t be able to reach for your phone or shout to a Google Nest smart speaker in a nearby room.

Some functions, e.g. For example, asking the Google Assistant for the latest weather or news headlines, take advantage of the big screen to display additional information that you wouldn’t get from an audio-only product like Google Nest Audio. The Google Assistant on Samsung Smart TVs is also deeply integrated with other Google services, including Search, Photos, Maps, and Calendar.

This is not the first time Samsung has incorporated the California search master’s assistant into its products. Samsung has added Google Assistant support to its 2019 TV series. However, viewers would have to pronounce their commands on a separate device with a voice assistant like a Google Home smart speaker nearby to stop the action on the screen. Change channels or adjust volume.

The latest integration is much easier as viewers only have to hold down the microphone button on the remote to bring up the Google Assistant. That’s it.

Samsung’s 2019 TVs were previously integrated with the Google Assistant. Back then, however, users had to enter their commands through a separate device that came with the voice assistant like a Google Home smart speaker. However, with the new models, users can send voice commands directly to their TVs by holding down the microphone button on the remote control.

If you’re all-in with the Google Assistant and Google Home compatible smart home devices, you can activate the feature on your Samsung TV by going to Settings> General> Language and then Voice assistant. From there, the Google Assistant can be selected from a menu with other options. Samsung says it will support this new AI assistant for the following models: All 2020 4K, All 8K QLED TVs, Crystal UHD TVs, The Frame, The Serif, The Sero and The Terrace.

And if you’re not a fan of the Google Assistant, then there is nothing to worry about. Samsung smart TVs also support Alexa and its own pre-installed Bixby. We’d bet Alexa or Google Assistant will be a lot more popular than the latter.

Professional ideas & tips for getting a diamond