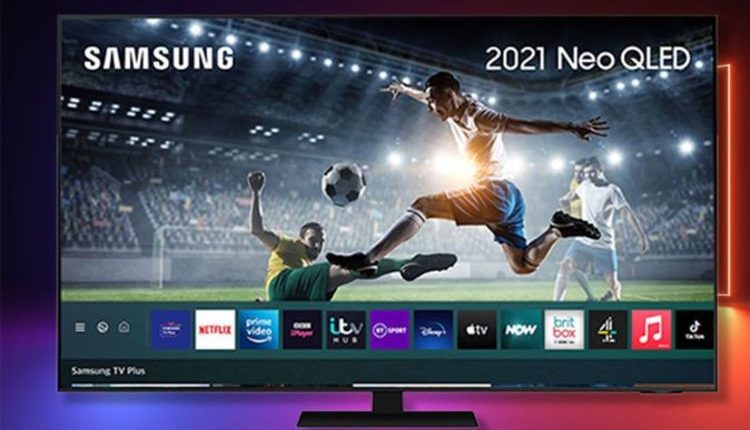 January is always a big month on the tech calendar. That’s because the Las Vegas CES tech show kicks off with all of the world’s biggest brands unveiling the devices that will hit the market year-round.

Samsung usually makes a big appearance at CES, with the Korean company almost always showing off its new line of TVs during the global event, and it seems like some major news may be coming soon.

A recent post on the company’s website confirmed that it will be delivering its “Together for Tomorrow” keynote on January 4th and that a number of new televisions could be high on the agenda.

“Samsung will showcase its multiple efforts to make life on earth more sustainable and highlight the need for everyone to be involved in reducing climate change wherever they are,” the company said in a blog post.

“The company will also introduce its latest innovative technologies to help users enjoy an even richer lifestyle based on optimized, bespoke service for each individual along with enhanced experiences of being connected to one another.”

At the beginning of this year, Samsung presented its new Neo QLED televisions, which are characterized by improved color, contrast and a razor-sharp picture.

Audio has also been enhanced thanks to something called Object Tracking Sound Pro, which dynamically matches the movement of objects on the screen. Essentially, this means that when an airplane flies left to right in a movie, the sound moves across the display in perfect sync.

Another bonus of these goggle boxes was a new remote control that is sun powered, which means you no longer have to hunt for batteries when things run out.

Samsung is currently keeping what’s next tightly under wraps, but it’s likely that its next TVs will get even bigger, brighter, sharper, and much smarter with the streaming boom.

Express.co.uk is set to go to CES in January bringing you all the news from Samsung, LG, Sony and more so be sure to check out this place.

To Have Girls's Wants: 💃💗Feminization Hypnosis and Instruction👠🙌LGBTQ – Transgender

Galaxy S22: The date Samsung does not need you to know…