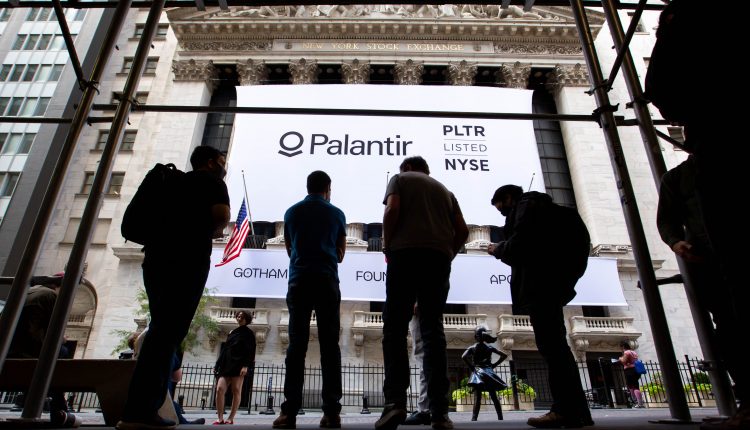 During the company’s initial public offering on the New York Stock Exchange (NYSE) in New York on September 30, 2020, people stand in front of a banner that reads Palantir Technologies Inc.

Palantir shares closed more than 21% on Monday after Bloomberg reported that the company won a three-year deal with the U.S. Food and Drug Administration.

The deal is valued at $ 44.4 million and will focus on conducting drug tests and inspections, according to the report.

Co-founded in 2003 by technology investors Peter Thiel and Joe Lonsdale, CEO Alex Karp and others, Palantir provides data analytics software and services to government agencies and large corporations. But its government work makes up more than half of its revenue, bringing in $ 163 million in the last quarter.

Palantir stock is up nearly 200% since it went public on September 30th.