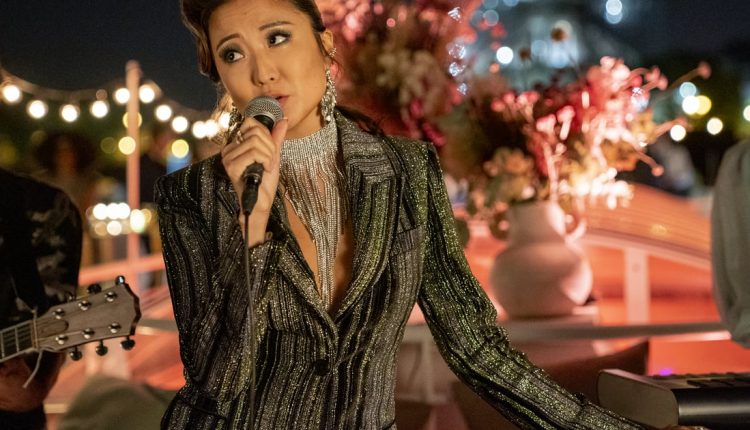 It seems that Paris is definitely Mindy Chen’s catwalk

The role of Mindy, played by the talented Ashley Park, depends heavily on her performances and thus her performance outfits. They are all a product of the collaboration between Fitoussi and Park, who have a lot of fun with their fittings. “We call her Sparkling Mindy or Sparkling Ashley,” Fitoussi told me, ready and willing to provide details on any memorable look – like the neon Oscar de la Renta dress she wore to Emily’s birthday party in episode 3 (it was a archived sample size that Fitoussi found and recut online because she knew it was The One, even though she now playfully refers to it as a nightmare dress). Then there is the half-man-half-woman costume she wears in scene one, an elaborate masterpiece that was carefully created by The Blonds and adapted to Park via Zoom.

Wondered how easily Park slipped into her role when she wore her exaggerated, larger-than-life clothes, Fitoussi explained, “She has her own style in normal life, but when she’s in the role she’s ready to do anything. “Ahead, Fitoussi has broken down every element there is to curate Mindy Chen’s wardrobe Emily in Paris.