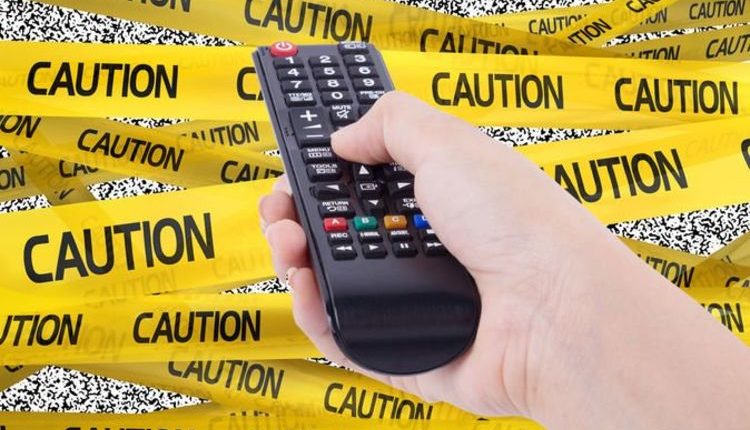 The ongoing crackdown on piracy continues, blocking popular illegal streaming websites used by millions of people in the UK. A court has ordered leading Internet service providers (ISPs) Virgin Media, Sky, BT, EE, Plusnet and TalkTalk to block access to five piracy portals used by tens of millions of people. These ISPs control the vast majority of the broadband market (over 90 percent of landlines), so the lockdown will affect large swaths of internet piracy in the UK.

The order was issued in an injunction from the High Court to Virgin Media, Sky, BT, EE, Plusnet and TalkTalk. That court order was announced on Friday and came after Columbia Pictures, Disney Enterprises, Netflix Studios, Paramount Pictures, Universal City Studios and Warner Bros Entertainment filed a motion with ISPs to block the pirate portals.

According to TorrentFreak, tinyzonetv.to is the most popular pirate website that was recently banned in the UK. This website receives around 16.5 million visits each month at the last count, with 13 percent of its traffic coming from the UK. Content illegally available through the service includes Amazon Prime Video exclusive to After We Fell and the Netflix horror film Night Teeth.

The second most popular piracy website that has now been banned in the UK is Watchserieshd.tv, which had around 10 million visits each month – with 18 percent of its traffic coming from Blighty.

The service provided illegal streams for the Disney Plus hit series Loki and Mare of Easttown, a critically acclaimed drama starring Kate Winslet that aired in the UK on Sky Atlantic and NOW (formerly known as NOW TV).

Another piracy portal that has now been banned in the UK is Levidia.ch, which had illegal streams on recent theatrical releases such as Denis Villeneuves Dune and Halloween Kills.

The other piracy sites that have been banned in the UK are 123movies.online/123moviesfun.ch and Europixhd.net. The 123 URLs point to the same site, which receives around a million views every month.

While Europixhd.net has around 2.3 million monthly visits. You can read the full High Court judgment delivered on Friday here.

In it, Justice Falks said, “In my opinion, the Target websites authorize, and even positively promote, infringing copying by users.

“From the amount of material indexed on the Target websites, their purpose of providing the content and the amount of access to the sites, the fact of extensive reproduction by users can be inferred.”

The High Court judge added, “The websites provide the means for infringement, and infringement by copying is an inevitable consequence of access to the material activities tantamount to allegedly granting the right to perform the acts complained of.”