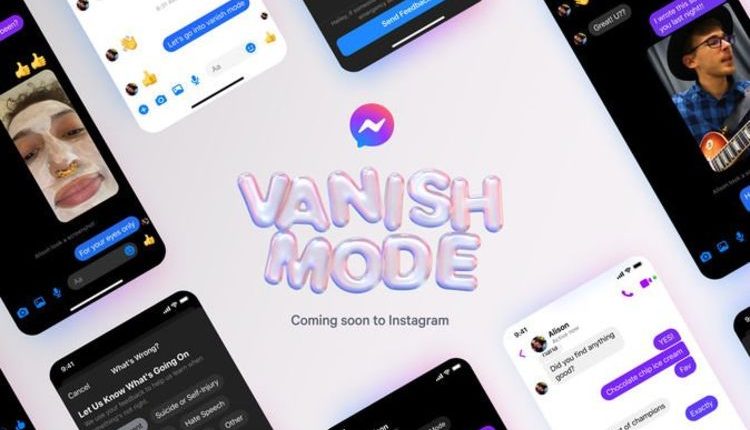 Instagram and Messenger have got a new feature well known to those who chat with friends and family using WhatsApp. Text messages known as “disappearance mode” are automatically deleted as soon as they are displayed and the recipient leaves the chat. That’s a little faster than WhatsApp, which keeps the messages for seven days before they disappear.

WhatsApp, owned by Facebook – just like Instagram and Messenger – has set a seven-day limit to ensure that “you don’t forget what you were talking about”. It’s unclear why parent company Facebook decided that WhatsApp users need a week of past messages to keep up to date before they disappear, while texts sent on Messenger and Instagram disappear instantly. However, if you want to add a mode that focuses on message disappearing, it makes sense to make the texts disappear pretty quickly – not in a week.

With the addition of “disappearing messages” in Instagram and Messenger, Facebook has now added the feature to its trio of chat services.

You will be notified when someone takes a screenshot in chat mode, which is a nice security feature. Just like with Snapchat, there is no built-in feature that prevents users from using a camera or other smartphone to take a picture of what is happening on the screen.

To activate the function, swipe up in a chat window. Messenger and Instagram’s chat window will then display a small loading circle before your UI goes dark to indicate that the feature has been activated. To exit Vanish mode, just swipe up again.

It seems that Facebook assumes that users swipe up to switch to and exit Vanish mode when they want to share something confidential. It should be noted, however, that neither Messenger nor Instagram use end-to-end encryption by default. You may also not want to use these services for confidential purposes.

If you want to opt for end-to-end encrypted chats, you need to use the secret conversation feature built into Messenger. If not, Vanish mode is currently slowly rolling out to users worldwide, starting with the US. It may take some time to land on your smartphone. So be patient.

Facebook has already confirmed plans to standardize the underlying technology that supports the Messenger, WhatsApp and Instagram chat functions. This seems to be taking a lot longer than originally planned. However, the introduction of Vanish Mode on the three platforms within a few weeks shows that the messaging functions in the three apps need to be standardized.