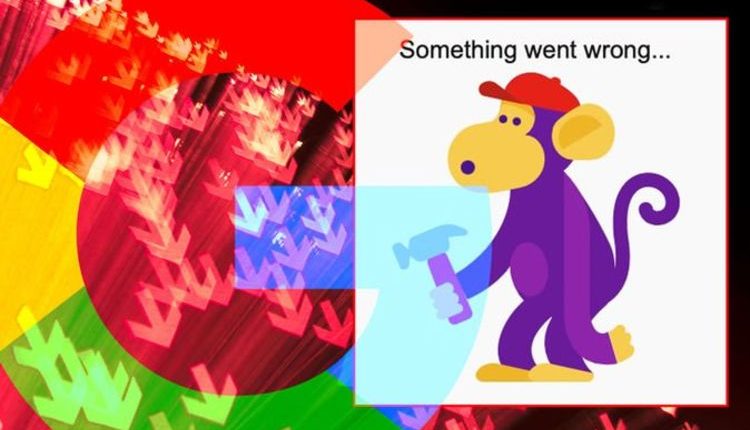 To update: Google has now confirmed the cause of the problems that rocked millions of Gmail, Google Maps, and YouTube users today. In a statement to Express.co.uk, a company spokesperson said: “Today at 3:47 p.m. PT, Google experienced an authentication system downtime for approximately 45 minutes due to an internal storage quota issue. Services that require users to log in were very high error rates during this period The problem with the authentication system was fixed at 04:32.

“All services will be restored now. We apologize to all concerned and will be doing a thorough review to ensure this problem does not occur in the future.”

The original article, published while some services were still struggling, appears below …

Google services are down for users around the world. The California search company is struggling with a variety of its platforms including YouTube, the video calling service Google Meet, Google Calendar, and more. Google Assistant-enabled Nest smart speakers, including the Nest Hub and Google Nest Mini, are also not responding. Unfortunately, this means that those who rely on the AI ​​voice assistant to control the smart home kit like smart light bulbs and thermostats cannot turn off the lights or change the heating for the moment. Gmail also suffers from the same outage as users cannot send or receive messages or chat through G-Chat or Hangouts. Some have raised concerns that the outage resulted in emails disappearing from their inboxes.

Google made a brief statement about the outage, which has now lasted around 40 minutes, and said it was “aware of the problem”. Pointing out the magnitude of the problems, Google confirmed that a “majority” of customers were unable to access its web services, including Google Docs, Google Maps, Gmail and YouTube. Given that Gmail alone has a staggering 1.5 billion users worldwide, the fact that the “majority” of those who use these services have been affected shows the vastness of the problems. Unfortunately, Google did not give a reason for the global outages in its statement.

Therefore, it remains unclear exactly what is causing the problems that also impacted Google Calendar, Google Classroom (the educational suite used by thousands of schools), and Google Maps. However, some users have speculated that the problems are related to the authentication tools used in Google Account. These universal logins are used across all of Google’s web applications, from Calendar to YouTube, from Google Maps to Gmail, to keep track of your previous search history, settings and preferences, etc.

All services that require a Google Account to activate are currently unavailable, while other services – such as the main Google.co.uk search page – do not. We won’t know if this is the case until it’s confirmed by Google, but it makes some sense.

Fortunately, outages with Google services are pretty rare. And maybe there has never been one of this size. However, when they do occur they cause a huge mess due to the multitude of services based on Google products. From restaurants that use embedded Google Maps to help customers find their location, to grocery delivery services and couriers trying to deliver a deluge of Christmas packages, and schools and workplaces that use Google web apps, to organize meetings. The outage also affects video games such as the hugely successful Pokémon Go, which supports gameplay using Google Maps technology.

The Google Play Store, used by billions of Android smartphone and tablet owners around the world to download new apps, update existing apps and security features, subscribe to services like Netflix, download e-books and rent movies, is according to users also not available on social media.

MORE LIKE THAT
Are you using Google Chrome, Edge, or Firefox? Watch out for this dangerous browser malware

The independent service DownDetector, which tracks the performance of online services using mentions from various social media, has seen a sharp increase in complaints about all Google services in the UK, mainland Europe and parts of the US. According to the website, over 23,000 people are complaining that Gmail is working every minute, and not just in the UK. According to DownDector, more than 40,000 people currently have problems with YouTube.

So if you can’t connect to YouTube, plan a route in Google Maps, check your upcoming appointments on Google Calendar, or call a coworker on Google Meet, you’re far from being alone. Unfortunately, despite the sheer number of complaints users submit every minute, Google has yet to explain why the issues were occurring.

It is also unknown when those who rely on Google online services can expect to get back to work, go to school, or lose time watching ASMR videos on YouTube …

The problems apparently started around 11:45 am GMT, according to the data collected by DownDetector. Reports of problems soon increased. Interestingly, it doesn’t appear that one service had problems before the other. All Google properties are taken offline for thousands of people at one time. Business customers, education users, as well as consumers who rely on Google Apps to plan their time or run a small business, were hit at noon as reports increased globally.

Users have gone to Twitter to ridicule Google for the failure. Some have tweeted GIFs suggesting that they are Microsoft Teams that offer many of the same features as Gmail and Google Meet. Another wrote: “Realizing that your work depends a lot on @google.”