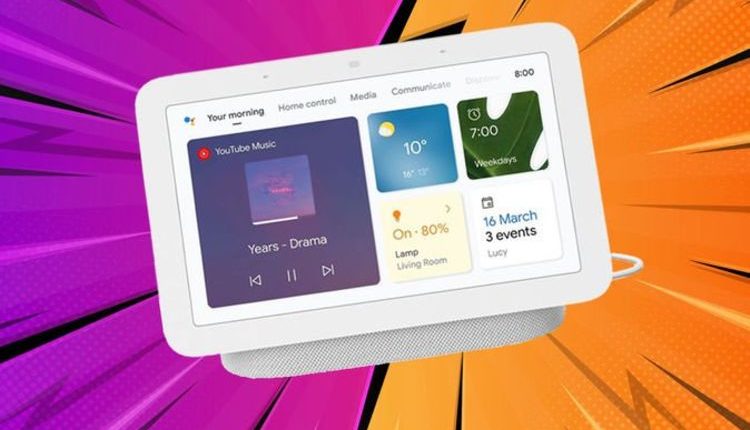 When you pick up Google Pixel 6 from Currys Today you also get a Nest Hub completely free of charge. This limited-time promotion is part of the Curry’s Black Friday and Cyber ​​Monday sales, offering a savings of nearly £ 90 (with the second generation Nest Hub typically costing £ 89.99). This makes the Pixel 6 – arguably the most exciting phone Google has ever made – an even more enticing prospect this Black Friday season.

The Google Pixel 6 is a far cry from the previous flagship, the Pixel 5, which was a functional phone – in design and specs – that Google said was designed for an “economic downturn”. That phone was priced at £ 599 in the UK, and incredibly the Pixel 6 – which has a much more exciting spec sheet and design – is currently available for the same price without a SIM card.

This is despite the fact that the Pixel 6 is a serious improvement over the Pixel 5 in almost every way. It features a gorgeous new design with a pronounced camera hump combined with new soft color schemes on the back that will turn heads, and it’s also equipped with Google’s first custom silicon, the Tensor chip.

This direct rival of Apple’s A Bionic range is jam-packed with AI and machine learning benefits that should improve all aspects of the Pixel 6’s everyday use.

The Pixel 6 first hit shelves in October. Google has promised to update its smartphone with the latest version of Android for the next three years so that you can keep testing the latest camera tricks, new software designs, and apps for a while.

As for the freebie, the second generation Nest Hub device, like the Pixel 6, was also released this year and brings some big improvements over its predecessor.

With the latest version of Google’s Smart Home Hub, music you stream on the device will sound much better as it offers 50 percent more base than the first Nest Hub.

But the big headline addition to the Nest Hub 2021 is the sleep sensor.

This uses sound and motion tracking to analyze the sleep patterns of the person closest to the device. As soon as you wake up, you can ask, “Hey Google, how did I sleep last night?” which gives you a report on how well you rested.

You will also receive feedback on the light and atmosphere in your bedroom so you can figure out if you need to make any changes to sleep better.

Like its predecessor, the second generation Nest Hub lets you stream your favorite Netflix shows and YouTube channels on the device’s 7-inch LCD touchscreen.

You can also use the Nest Hub as the control center for all of your smart home devices, asking the Assistant any burning questions that come to mind.

If you don’t want to buy a Pixel 6 but are interested in the Nest Hub, you can also pick up the smart home gadget individually at a reduced price. Currys cut the cost of the newest Nest Hub for the Black Friday season from £ 89.99 to £ 59.99.

Virgin Media affords you the last word low cost, however BT may need one thing even…