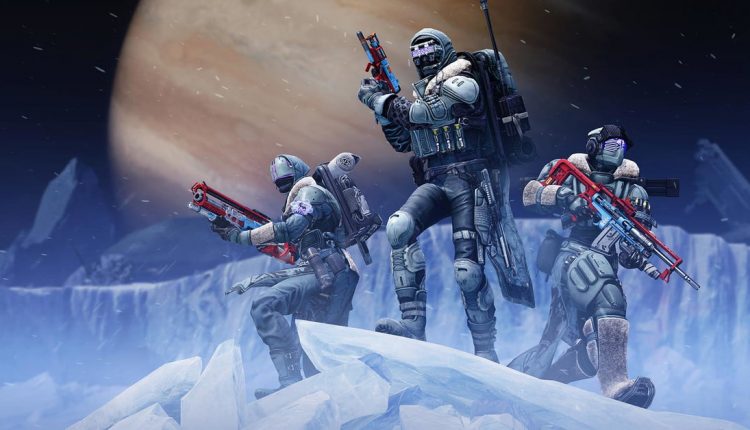 “Beyond Light’s weak history leaves much to be desired, but new stasis skills help make the game feel fresh again.”

No matter how good it actually is, it’s always tempting to feel a glimmer of hope when a Destiny 2 expansion is as significant as Beyond Light. Any excuse to return to one of the best marksmen is welcome right now, but there is an increasing need to keep long-term expectations in check.

A little over a year ago, we reviewed the game’s last major expansion, Shadowkeep. At the time, we said the upgrade was “full of potential” and we were hoping it would turn the game around after a difficult year with no exciting content.

If that sounds like déjà vu to fans, it’s because it’s exactly the same situation that Beyond Light is in now. Shadowkeep ultimately didn’t deliver the intriguing setup and left players hoping that Beyond Light would get the ship back on course. After years of reliving the same cycle, it’s time to finally accept these expansions for what they really are and no longer use them as a token Rorschach test of the game’s future.

Destiny 2: Beyond Light is a perfect content drop for fans who just want more Destiny. The new location in Europe and the stasis ability give players a lot of leeway, although the new story campaign is one of the franchise’s weakest to date. It’s not a revealing change for the looter. It’s just a good reason to sign back in … and that’s fine.

Beyond Light features one of Destiny 2’s most distinct stories to date. Instead of moving from planet to planet, almost the entire five-hour campaign is devoted to the game’s new location, Europe. The big evil this time is a fallen captain named Eramis, who has equipped their army with the new element of the game, stasis. Guardians are forced to fight fire with fire (or ice with ice in this case) by using the power of darkness against them.

Nothing about the story is particularly memorable. Eramis ends up being little more than another anti-climactic villain, with the really big evil presumably being saved for the game’s upcoming raid. There isn’t much to discover in each of the missions either, as the campaign has more or less the same order of objectives that are repeated three times. It feels less like a story, but more like a lengthy tutorial for stasis forces.

Despite these flaws, the story has surprising thematic weight. The good are asked whether it is morally right to use the tools of evil to fight evil, which in our current political climate is purposely felt to be right. This question becomes less compelling every time characters have the same existential debate, but it’s always welcome to hear meaningful, real-world questions asked throughout the game’s infinitely vague story about light and dark.

Europe itself is a mixed bag when it comes to locations. Sometimes the snow-covered planet looks just like the moon with gray craters exchanged for white hills. The lack of suitable landing zones means players have to do the same long hikes every time they have a new destination. The campaign and subsequent post-quests will send players through the same handful of areas over and over, which is getting old quickly.

The best parts of the planet are the rooms that are hidden under the snow. High-tech laboratories form a stark contrast to the desolate surface of Europe and give the mixture a certain environmental secret. Of particular note are the lost sectors of Europe which provide some of the most inspired ideas of expansion. In a hidden area, I freed a train of Braytech robots that became my personal army when I defeated a giant hydra.

Even with these bright spots, the content and location of the new story are overwhelming compared to previous expansions. There’s still a lot to enjoy, especially after the campaign ends, but Beyond Light feels less like the gold standard expansion Taken King than it does the comparatively less ambitious Rise of Iron.

Ice cream to meet you

The campaign’s obsession with stasis is ultimately justified. For the first time ever, Beyond Light is adding an entirely new item for players to equip, including new Supers and Abilities. Stasis gives the Guardians ice powers that enable them to keep enemies cold, crush frozen enemies, and build huge walls of ice like Overwatch’s Mei.

Stasis is the most exciting feature Destiny has hit in years.

Stasis is literally changing the way the game is played, and fans are already taking full advantage of it. The game’s Crucible PVP mode is currently in a state of glorious mayhem as Guardians use their skills to do things that have never been possible in Destiny before. Some build ice walls to block the entrances to checkpoints and capture them safely. Others throw the ability at their feet and shoot them dozens of feet in the air.

The Destiny series has rarely done this type of experiment, even with new subclasses and supers added. It was always clear what the three types of damage were doing, no matter how they were packaged. Stasis feels completely alien and adds excitement to the activities that the players have been devising for years.

The way the stasis subclass works is fundamentally different from the old trio. Players can upgrade each ability with fragments that completely change the way they work. When the ice wall grenade wasn’t clicking with my play style, I switched to one that shot out a creeping line of icicles that could be chained to enemies. The way players can customize the subclass is so deep that it is really worth looking for more options.

However, it feels like Bungie needs to make some adjustments. Stasis is absurdly powerful in a way that doesn’t feel sustainable in the long run. Not only does ice freeze enemies (it can even turn off Supers), it also harms them when they break out. This is a blast in PVE activity where players can shatter a fair amount of debris, but it feels out of whack in competitive mode. Freezing feels like a death sentence no matter the circumstances, and stasis feels like an unbalanced option in its current state.

Even if there is still much to be done, stasis is the most exciting feature that Destiny has hit in years. It opens the door to new styles of play and lets old experiences work again. It’s exactly the kind of update the game has been looking for in a long time.

The big story with Beyond Light is less about what’s added and more about what’s removed. The update significantly reduces Destiny 2 and removes entire planets and their corresponding activities. Places like Mercury are gone, freeing fans of boring content like the Infinite Forest.

What is surprising is that none of this feels missing so far. I didn’t feel crazy for not being able to patrol Titan or miss a run of the escalation log. The mass expulsion shows how voracious Destiny 2 had gotten over the past few years as it accumulated filler that didn’t add anything.

Not much is added in their place, but that has its merits. Destiny 2’s file size has been cut almost in half, resulting in a more compact game that already feels a lot smoother. Loading times are faster and I have far fewer issues with the loading zone during the strike.

Beyond Light is about taking the game back down to the basics so that Bungie and players can find out what is actually fun about the game.

The added stability feels like a fair trade, although the long-term implications are unclear. With much of Beyond Light’s content in Europe, I’m not sure how little things will feel when I’ve got my chores done. Many of these questions should be answered in the upcoming season of the hunt, but ever-skeptical fans wouldn’t be wrong in preparing for another slow year.

That’s why it’s so important this time to recalibrate expectations. Beyond Light is not about starting a bright chapter for the series. It’s about taking the game back down to the basics so Bungie and the players can find out what is actually fun about the game. It’s entirely possible that Beyond Light only piqued gamers’ interest for a few weeks, but maybe it’s time to accept that Destiny 2 is less effective as a long-tailed service game and a rock-solid shooter that’s worth it is to be visited again, less fun times a year.

Destiny 2: Beyond Light is a leaner proposition than fans hoped for thanks to its disappointing campaign, but there’s still enough intrigue beneath Europe’s surface to warrant a return to orbit. The new stasis subclasses refresh years of experience and ensure that parts of the game feel new again, even if the honeymoon feeling disappears in a few weeks.

The answer is still no, although the competition is getting tougher. Warframe is creeping up on the throne in particular, but Destiny 2’s shots are still unmatched.

The campaign itself only lasts about five hours, but there are still many tasks and activities that need to be completed before the new season begins.

Yes. If you are already sold on Destiny 2 there is no reason not to continue the adventure. Moving to the next generation is an added reason for new console owners to jump back in.