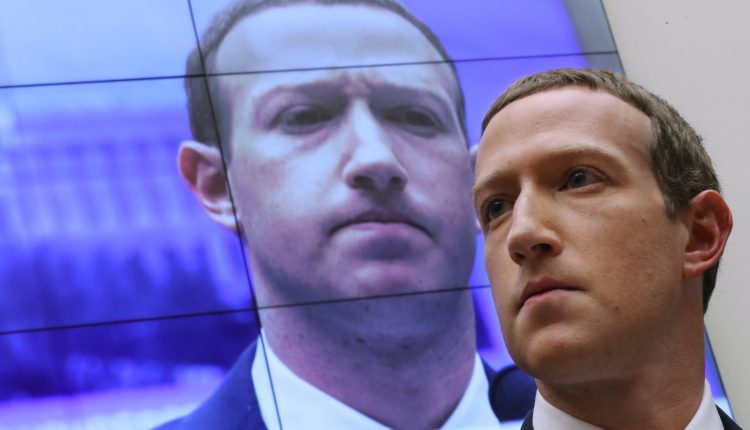 Facebook was hit on Friday by multiple reports that came from documents that Frances Haugen, a former employee who turned whistleblower, submitted to news outlets.

The reports cite internal research and documents from the company showing that the company is aware of the many harms its apps and services are causing, but is either failing to fix the issues or is making an effort to fix them.

According to a report by NBC, Facebook conducted an experiment that showed how within two days a new profile for a conservative North Carolina mother began receiving recommendations to join groups linked to the far-right conspiracy group QAnon.

By the summer of 2020, the documents show, Facebook hosted thousands of private QAnon groups and pages with millions of followers, NBC reported. Facebook has now banned QAnon groups.

Bloomberg reported on documents showing that Facebook employees were shocked and outraged after the January 6 uprising in the U.S. Capitol.

“I am struggling to adjust my value to my position here,” wrote one employee, according to the Bloomberg story. “I came here hoping to make change and improve society, but all I’ve seen is stunting and giving up responsibility.”

With a picture of himself on a screen in the background, Facebook Co-Founder and CEO Mark Zuckerberg testifies before the House Financial Services Committee in the Rayburn House Office Building on Capitol Hill on October 23, 2019 in Washington, DC.

An internal Facebook analysis of the Jan. 6 riot found that the company’s policies and procedures were inadequate to prevent the growth of groups related to “Stop the Steal”, according to a CNN report. The company treated each “Stop the Steal” item individually, rather than as part of a larger whole, the report said.

The New York Times reported Friday, based on documents from Haugen, that a Facebook data scientist wrote to his colleagues to say that 10% of all U.S. views of political content on the site concerned posts claiming the 2020 US presidential election was fraudulent.

The reports follow a series of stories from the Wall Street Journal, entitled “The Facebook Files,” from documents provided by Haugen. Most notably, the series found internal documents showing that Facebook was aware of the damage its Instagram service was doing to teenage mental health.

Frances Haugen, Facebook whistleblower, speaks during a hearing of the Senate Subcommittee on Commerce, Science and Transport in Washington, DC, the United States, on Tuesday, October 5, 2021.

Earlier this month, Haugen testified before a Senate panel about the reports. At the time, Facebook tried to discredit Haugen and continues to defend itself against the stories that come from the documents it has published.

“At the heart of these stories is a false premise,” Facebook wrote in a statement to CNBC. “Yes, we are a business and we are making a profit, but the notion that we are doing this at the expense of the safety or well-being of people misunderstands where our own commercial interests lie. The truth is, we’ve invested $ 13 billion and have over 40,000 employees “to get one job done: keep people safe on Facebook.”

SEE: Facebook needs to be bullish on its own stocks, says the CIO of Wedgewood Partners