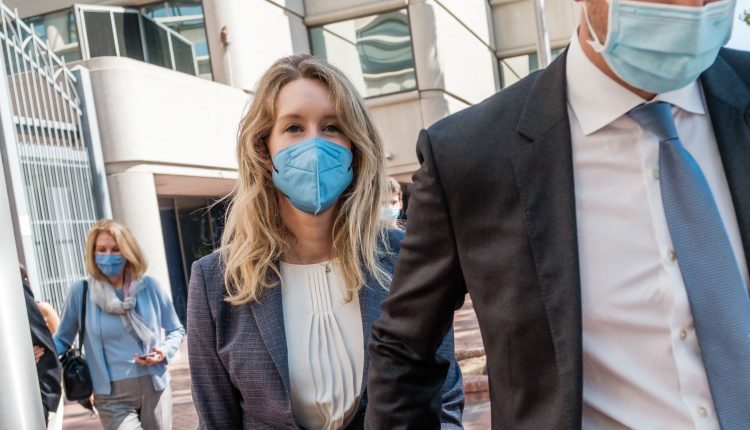 SAN JOSE, CALIF. – Daniel Edlin, a former Theranos project manager who was friends with Elizabeth Holmes’ brother, testified on Friday that Holmes had told him to hide parts of the company’s laboratory from potential investors and other key visitors.

Edlin, who worked at Theranos from September 2011 to December 2016, attended Duke University, where he was friends with Christian Holmes, the younger brother of the Theranos founder. He told jurors on Elizabeth Holmes’ criminal trial that visitors would be shown a demo room with the company’s MiniLab, its blood testing technology, during the tours at Theranos.

Holmes and Ramesh “Sunny” Balwani, the former president of Theranos, decided where the guests would go.

“I remember that in the run-up to the tour, certain areas of the laboratories were covered by a partition,” said Edlin, who reported directly to Holmes. “Often [it was] Areas where Theranos devices were to ensure that tour participants couldn’t see them. “

The Holmes trial began last month and prosecutors continue to call witnesses. Theranos founder faces 12 fraud and conspiracy charges after her blood testing startup, which was once valued at $ 9 billion, collapsed in 2015. Holmes pleaded not guilty, as did Balwani, who will be tried separately.

Edlin told the jury that his job at the company was to focus on supporting relationships with business partners like Walgreens. He said he left Theranos to attend business school and “at that time, based on what I saw, I no longer believed that the company was able to stand behind the claims it made about its Skills put up. “

He left about a year after the Wall Street Journal published a series of articles uncovering the company’s technology and business flaws.

“I just didn’t want to be in that kind of environment anymore,” he said. Edlin added that it wasn’t until 2016 that he learned that the MiniLab would not be used on patients.

Edlin was one of many friends of Holmes’ brother from Duke, who worked for Theranos. He said they interviewed each other as a group.

“We didn’t discuss too many details at the time, but it sounded like there was a lot of potential,” said Edlin.

Edlin told the jury that Holmes was in the office “really, all the time, from early morning to late evening,” and often on weekends. He said there was a time when he met with Holmes on a daily basis.

His testimony continues on Tuesday.

Lance Wade, a Holmes defense attorney, told the judge on Friday he was “deeply concerned” about the prosecution’s interrogation of certain witnesses, including former laboratory directors Sunil Dhawan and Adam Rosendorff.

“There have now been questions with some witnesses that give our ears the impression that it is an underlying forgery or a data integrity problem,” said Wade. He added: “There is no evidence of this in the case.”

Wade said that this type of interview “obviously has very adverse effects on our client”.

Jeff Schenk, a US assistant attorney prosecuting the case, said the questions put to Dhawan were intended to show the jury that he was making suspicions about what was going on in the laboratory.