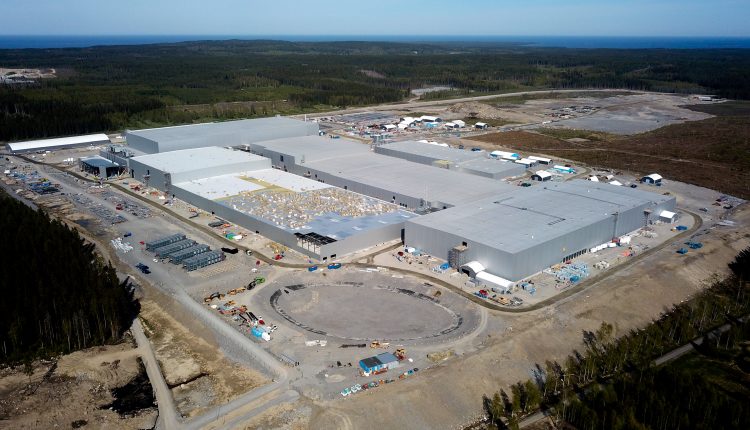 Swedish battery manufacturer Northvolt announced on Wednesday that it has produced its first lithium-ion battery cell at its Skelleftea plant, meeting its deadline for starting production at the plant before the end of 2021.

Northvolt, valued at $ 12 billion by investors in June, said it was the first battery of its kind to be entirely designed, developed and assembled by a domestic European battery company in what is known as a gigafactory.

A gigafactory can be described as a large battery system, in which the annual output is measured in gigawatt hours (GWh). The Northvolt Ett plant in Skelleftea is expected to have an annual output of 60 GWh.

Northvolt announced that the battery cell rolled off the line in the Gigafactory on Tuesday.

“Of course, this first cell is just the beginning,” said Peter Carlsson, co-founder and CEO of Northvolt, in a statement.

“We look forward to Northvolt Ett significantly expanding its production capacities in the coming years to facilitate the European transition to clean energy.”

Most of the world’s electric car batteries are currently made in the US and Asia, but Northvolt hopes to change that.

Although Northvolt is under 6 years old, Northvolt has signed contracts worth more than $ 30 billion with customers such as automakers BMW, Volkswagen, Volvo and Polestar.

Tesla has a pilot facility attempting to manufacture its own battery cells, but it currently uses batteries from CATL, Samsung, Panasonic and LG in its energy storage systems and vehicles.

According to Northvolt, commercial deliveries will begin in 2022 and production capacity will increase to 60 gigawatt hours in the coming years, which is enough to supply batteries for around 1 million electric vehicles.

The company has raised more than $ 6.5 billion from a variety of investors to help grow its business.

The latest funding round, Northvolt’s largest to date, was led by Goldman Sachs and VW alongside new investors including Swedish pension funds AP1, AP2, AP3, AP4 and Canadian pension provider OMERS. Former investors such as Spotify CEO Daniel Ek and the investment company Baillie Gifford also invested in the round.

Correction: This story has been updated to correctly identify Skelleftea as the factory location and to better describe Tesla’s battery operation and usage.