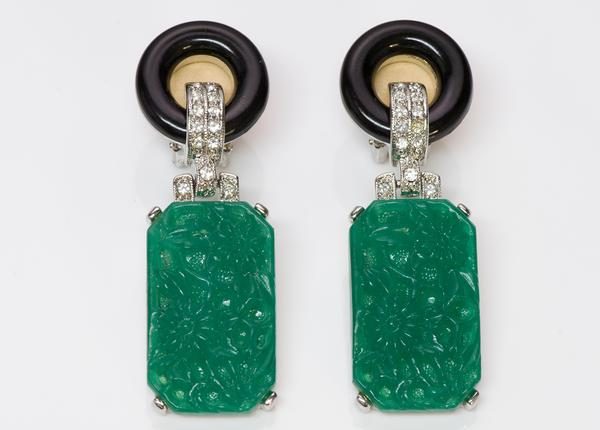 Jewelry is a universal form of ornament and has played a symbolic role throughout human history. Jewelry has a specific meaning because of its design and has taken on different roles depending on society and culture, including as a symbol of status or rank. Then what exactly is vintage costume jewelry?

Costume jewelry is fun, timeless and expressive. Below is a brief overview of the definition of vintage jewelry and costume jewelry.

Vintage jewelry: Jewelry that is at least 20 to 30 years old. So to be considered “vintage” it can be anything that was manufactured in the 90s or earlier.

Costume jewelry: Designs that use non-precious materials and the term reflect the use of the word “costume” to refer to what is now referred to as an “outfit”. Around the same time, Hobé made large, dramatic jewelry with rhinestones for the costumes of the “Ziegfeld Follies”, which may have something to do with the name “costume jewelry”. Elsa Schiaparelli quickly followed suit with a range of Dada-inspired jewelry made from large, forged gemstones.

Vintage costume jewelry are eye-catching pieces that are not limited only by the use of precious metals and expensive materials. The enormous popularity of costume jewelry lasted until the 1930s when many women mimicked the glamor of movie stars. Well into the 21st century, women continued to buy costume jewelry as an inexpensive alternative to real jewelry. Many of the costume pieces designed during the costume jewelry hype of the 1920s became collectibles and fetched prices almost as high as gold and diamonds. Before the 20th century, women adorned themselves with jewelry made from precious and semi-precious stones and rare metals. Jewelry was mainly worn by the wealthy to convey their rank in society, although depending on the historical time and culture it could also symbolize religious affiliation, a state of romance, a period of mourning, etc.

In the 18th century, jewelers began making pieces from cheap glass. In the 19th century, jewelry made from semi-precious materials came onto the market. At this point, jewelry made from semi-precious fabrics became more affordable, and this affordability also gave ordinary people the opportunity to own what would soon be referred to as “costume jewelry.”

In the early years, costume jewelry was only meant for women who could not afford necklaces and bracelets made from real gemstones. This changed a lot with Coco Chanel, who is widely seen as the driving force behind the shift from delicate gemstones to colorful, bold costume jewelry.

The idea of ​​costume jewelry is closely linked to fashion and, thanks to this bond, has developed unusual characteristics, such as the study of non-precious materials in order to sell the pieces at a price that allows for seasonal sales and continuous development developmentmaking shapes to create new styles in line with the trend changes. Nowadays, costume jewelry is more and more expensive than its real match. From the vintage costume jewelry designers mentioned above Coco Chanel is widely known for revolutionizing the industry. She was the top class couturier for most of the 20th century. Attractive, ambitious, and a genius for self-invention, she became one of the first female couturiers to be celebrated for both her glamorous personality and flawless designs of costume jewelry.

Another great name for vintage costume jewelry is Hermes. Hermes is a highly collectable brand due to its timeless design and the use of high quality materials. To this day, the company is very attached to its traditional business model and rejects mass production, assembly lines and mechanization. Let us know your thoughts Your Favorite costume jewelry pieces / brands in the comments section below. The rarer the better! In our passionate search for jewelry, we come across some very rare vintage costume pieces. You can find inspiration in our constantly growing collection.