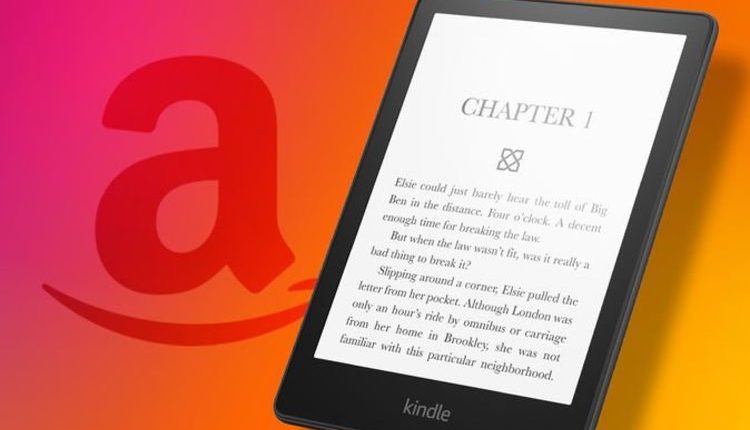 The next generation Kindle Paperwhite – the first major redesign in nearly three years – is finally available in the UK. The new model, which was announced last month, has a larger 6.8-inch e-ink display, a waterproof design and a gigantic battery life of 10 weeks. The new Paperwhite is also the first Kindle to be charged via USB-C. That might sound like a small change, but it’s something fans have been asking for for a long time. This means that you can charge your Kindle Paperwhite using the same cable that is used for your iPad Pro, Android handset, Nintendo Switch or MacBook Air. It also allows for faster charging, with the Paperwhite now replenishing its extended battery life in a quick two and a half hours.

Paperwhite is the most popular Kindle model Amazon sells as it ranks between the entry-level £ 69.99 that lacks some features and the singing, dancing Kindle Oasis that carries a staggering £ 229.99 price tag. For most, the Kindle Paperwhite is the best balance between affordability and features.

This new model includes a number of features previously reserved for the more expensive Oasis – as well as some not available anywhere else in the range. For starters, the new Paperwhite has a larger 6.8-inch screen compared to 6-inch on the previous model and entry-level Kindle. It’s only a fraction smaller than the Oasis’ 7-inch display.

In order to squeeze the larger touchscreen into the Paperwhite, Amazon thinned the edges around the display to a tiny 10.2 millimeters. Since some readers like to hold the Kindle with those edges, we need to get the new Paperwhite to see if this new design works. The screen is flush with the rest of the front of the Kindle, which you won’t find on the $ 69.99 basic Kindle.

The screen has a resolution of 300 pixels per inch, which is the same as the previous generation and means the text is as sharp as a paperback book. However, the new model scores with 10 percent more brightness at the maximum setting compared to its predecessor. As with all Kindles, the e-ink display behaves like paper in direct sunlight, so you don’t have to worry about glare when reading on your summer vacation – as with your smartphone.

The new Paperwhite is also rated IPX8, which means it isn’t certified dustproof, but it can withstand immersion in more than a meter of water. That should calm Butterfingers who may worry about reading with a Kindle in a tub, hot tub, pool, or beach.

The battery life has been increased from approximately six weeks to 10 weeks. A new processor inside the Paperwhite means turning the pages is around 20 percent faster than other Kindles, which will be invaluable to readers. And with 8 GB of storage, you can store thousands of novels and non-fiction books, magazines and comics. In fact, you are unlikely to ever run out of space, especially if you are just reading books.

Out of the box, the new Paperwhite features the redesigned Kindle interface, which was rolled out for existing users a few weeks ago. This updated software adds several new features that make using your Kindle “easier and more intuitive,” says Amazon. The software includes shortcuts to toggle between the three most common functions – the home screen, your library, and the book you’re reading. There are also new filters for sorting your library and a new scroll bar.

All of the usual Kindle software features – like the ability to look up definitions with the click of a word, share your favorite book quotes on social media, sync progress between the Kindle and audiobook versions to get them in the exact same place between the two – Make a welcome return too.

In addition to this model, Amazon has introduced a new updated model, the Kindle Paperwhite Signature Edition, which features an automatically adjusting light sensor to control screen brightness based on ambient light, 32 GB of built-in memory and, for the first time, support for wireless charging on any Qi-Pad . In addition to these exclusive features, some of which you won’t even find on the $ 299.99 Kindle Oasis, the Paperwhite Signature Edition offers all of the same features as the standard model.

Obtain your physique objectives and make a killer comeback!